The Inbox #17: Will Islam Conquer the World?

Islam, for all intents and purposes, appears poised to conquer the world.

Islam’s growth rate has risen 500% over the last 50 years as their birth rate dwarfs the birth rates of all other religions. Today’s 1.5 billion Muslims make up 22% of the world’s population and control 65 nations. Between the twin strategies of holy war (jihad) and immigration, Muslims are expected to exceed 50% of the world’s population and surpass Christianity as the largest religion by the end of the 21st Century.

I would argue, no. Praise the Lord! Islam has an end according to the Bible. The Bible foretells of three prophetic wars that are coming soon which I believe will absolutely end Islam as a viable religion in the end times.

The first end time war, the Psalm 83 War, strikes at the geographical heart of Islam. It’s a war in which Israel will have to deal with its hostile bordering neighbors: Egypt, Syria, Lebanon, Gaza, and Jordan. Israel and these nations repeatedly getting into skirmishes cannot last much longer. Israel needs to do something about living under the constant threat of missile attack. And, according to Psalm 83, when this prophecy is fulfilled, Israel will control those border nations and gain a brief peace.

The second war which follows is found in Ezekiel 38-39. The Gog-Magog War is one of the best described prophetic wars in all the Bible, covering two whole chapters. This exciting war will be a major world-changer.

The Gog-Magog War foretells how Russia, Iran, Turkey, Libya, all those ‘Stan nations, and the other countries that form an outer ring of Islamic nations will war against Israel. Israel appears undefeatable after the Psalm 83 War, and so all of those nations combine into a coalition in order to make an attempt to plunder and destroy Israel.

What happens? These hordes, these uncountable armies; well Israel has no chance of standing up against them. Israel appears doomed!

But, the Bible reveals that God will make His appearance back on the earth, not physically, but He Himself personally annihilates the invading hordes, so that there’s no denying God is behind this divine rescue. God intervenes using biblical types of judgments such as fire and brimstone, making the armies turn on each other, and being decimated by earthquakes. God even rains fire down on the homelands of these invading nations. The entire coalition of Islamic armies, along with Russia, are almost utterly destroyed.

For a religion that’s based on having to destroy one’s enemies for Allah’s honor, and then Allah loses every single last days war big time, I believe these end time wars are going to gut Islam before the Tribulation begins.

3) The Conventional War of the Tribulation (Revelation 6)

The third prophetic end time war should finally hammer the nail in the coffin of Islam.

Now, if you can’t have another religion competing with you, especially a militaristic religion like Islam which demands there are no other religions besides itself, what do you do with it? You have to annihilate it. And, the biggest populations of Muslims in the world, most don’t realize, live in Indonesia and Bangladesh and other eastern nations outside of the Middle East. So, more than likely, the Antichrist is going to spend the beginning of his reign annihilating Islam so that there’s no competitor to setting himself up as the true global ruler.

How tragic that 1.5 billion people will die from the Antichrist’s Conventional War. But after that war, the Islamic map should be wiped clean.

Looking at these three biblical end time wars, I can only conclude that Islam doesn’t have much of a future left to it. A Psalm 83 War could break out at any minute, along with the destruction of Damascus (Isaiah 17). These world-shaking events could literally occur at any moment. The Gog-Magog alliance of nations already exists. Europe is so fragile that they are ready for a strong leader to take over. Everything has lined up and is in place.

And so, according to the Bible, Islam has very little time left to it.

If you would like to discover more about Islam’s background, beliefs, goals, strategies, end time views, and learn ways to witness to Muslims, then order my latest DVD teaching The Fate of Islam. 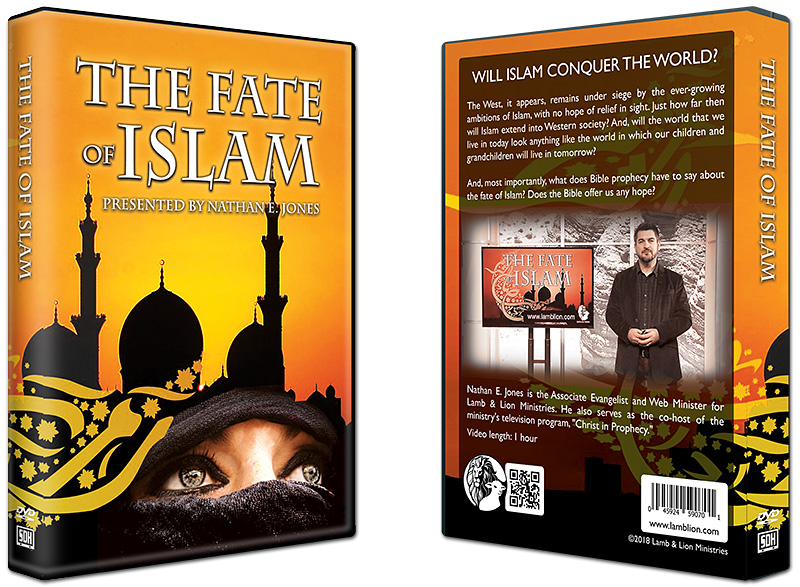