A Dozen of the Bible’s Most Important Prophecies

Home > Articles > A Dozen of the Bible’s Most Important Prophecies

A Dozen of the Bible’s Most Important Prophecies 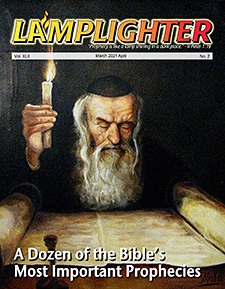 My selection of the prophecies to feature, as you will see, was guided by their relevance to the Messiah. And this decision was driven by the statement in Revelation 19:10 that “the testimony of Jesus is the spirit of prophecy.”

I have not listed the prophecies in the order of their importance. Rather, they are listed in chronological order as they relate to the life of Jesus.

1. The Promise of a Messiah

This is the Bible’s very first Messianic prophecy. These words were spoken by God to Satan after he had tempted Adam and Eve to sin against Him. It is a remarkable statement of God’s unfathomable grace. Despite their rebellion, God reveals that He will provide a way of reconciliation with Him through the seed of woman, referring, of course, to a Messiah who would be born of a virgin. He states that Satan will “bruise” the Messiah “on the heel” (a non-lethal wound represented by the Cross — non-lethal in the sense that it was overcome through the Resurrection.) But He further states that the Messiah will “bruise” Satan “on the head” (the lethal wound at the Messiah’s Second Coming when Satan will be bound and ultimately cast into the Lake of Fire at the end of the Messiah’s millennial reign.)

2. The Lineage of the Messiah

3. Birth & Nature of the Messiah

Micah 5:2 — “But as for you, Bethlehem Ephrathah, too little to be among the clans of Judah, from you One will go forth for Me to be ruler in Israel. His goings forth are from long ago, from the days of eternity.”

This prophecy was written 700 years before the birth of Jesus, yet it precisely identifies the town where the Messiah would be born. And when I say precisely, I mean just that. Notice that it does not just say Bethlehem, but Bethlehem Ephrathah. You see, there were two Bethlehems in Judah at the time of the Messiah’s birth. One was in the north near the Sea of Galilee. The other was located near Jerusalem in the region of Ephrathah. Further, and often overlooked, is the fact that this prophecy proclaims that the Messiah will be an eternal being, indicating that He will be God in the flesh.

4. The Timing of the Messiah’s Coming

Daniel 9:24-26 — “Seventy weeks have been decreed for your people and your holy city, to finish the transgression, to make an end of sin, to make atonement for iniquity, to bring in everlasting righteousness, to seal up vision and prophecy and to anoint the most holy place. So you are to know and discern that from the issuing of a decree to restore and rebuild Jerusalem until Messiah the Prince there will be seven weeks and sixty-two weeks; it will be built again, with plaza and moat, even in times of distress. Then after the sixty-two weeks the Messiah will be cut off and have nothing, and the people of the prince who is to come will destroy the city and the sanctuary. And its end will come with a flood; even to the end there will be war; desolations are determined.”

This is the famous “70 Weeks of Years” prophecy of Daniel. Basically, what it is saying is that during a period of 70 weeks of years, or 490 years, God is going to accomplish six purposes among the Jewish people. At the end of 69 of those weeks, or 483 years, the Messiah will come and “be cut off,” followed by the destruction of the city of Jerusalem. Scholars disagree as to the starting point of the countdown of these years. That’s because there were several decrees issued concerning the rebuilding of Jerusalem. They also disagree as to the ending point because some use regular solar years and others use lunar years of 360 days. But regardless of the starting point and the years used, the end of the 69 weeks of years leading up to the revelation of the Messiah all fall within the lifetime of Jesus. So, this is a prophecy that clearly revealed the season of the First Coming. And since the six goals for the Jewish people have not yet been accomplished, we know that there is a gap in the prophecy and that the last seven years are yet to be fulfilled and will be fulfilled during the seven year period of the Great Tribulation.

5. The Nature of the Messiah’s Ministry

Isaiah 61:1-2a — “The Spirit of the Lord GOD is upon me, because the LORD has anointed me to bring good news to the afflicted; He has sent me to bind up the brokenhearted, to proclaim liberty to captives and freedom to prisoners; to proclaim the favorable year of the LORD…”

This is a prophecy about the nature of the Messiah’s ministry at His First Coming. He would bring “good news” or the Gospel to those afflicted with sin and in need of reconciliation with God, the Father. That good news will provide liberation from the bondage of sin and provide hope and joy to the brokenhearted.

6. The Suffering of the Messiah

Isaiah 53:3-5,7,9 — “He was despised and forsaken of men, a man of sorrows and acquainted with grief…Surely our griefs He Himself bore, and our sorrows He carried…He was pierced through for our transgressions, He was crushed for our iniquities; the chastening for our well-being fell upon Him, and by His scourging we are healed…He was oppressed and He was afflicted, yet He did not open His mouth; like a lamb that is led to slaughter…His grave was assigned with wicked men, yet He was with a rich man in His death, because He had done no violence, nor was there any deceit in His mouth.”

Because this prophecy so clearly and precisely describes the suffering that Jesus experienced right before His crucifixion, Jews will not allow it to be read in their synagogues. It is the passage that Philip the Evangelist used to convert the Ethiopian eunuch (Acts 8:26-39).

Psalm 22:16 — “They pierced My hands and My feet…” The first 21 verses of this psalm describe the crucifixion of the Messiah and the terrible physical, mental and spiritual suffering He would endure on the Cross. David wrote this psalm 1,000 years before the birth of Jesus. At that time, there was only one way of executing someone under Jewish law, and that was by stoning. A thousand years later, that was still the case, but at the time of Jesus, the nation of Israel was under Roman rule, and the Jews no longer had the power of execution. They were required to get Roman permission, and the Romans executed by means of crucifixion. This has to be one of the most incredible prophecies in all the Word of God. Further the prophecy implies the resurrection between verses 21 and 22. That’s because in verse 21 the Messiah is crying out to God the Father for deliverance, and in the next three verses, He is praising His Father for His deliverance. The rest of the psalm (verses 25-31) presents prophecies about the Lord’s millennial reign.

Luke 9:21-22 — “He [Jesus] answered them [the disciples], and instructed them not to tell this to anyone, saying, ‘The Son of Man must suffer many things, and be rejected by the elders and chief priests and scribes, and be killed, and be raised up on the third day.'”

This prophecy of Jesus about His death and resurrection was presented to His disciples several times and is also recorded in two of the other Gospels (Matthew 16:21 and Mark 8:31). The prophesied resurrection of the Messiah is also mentioned in the Hebrew Scriptures in Psalm 16:10 where David wrote: “You [God] will not allow Your Holy One [the Messiah] to undergo decay.”

Matthew 16:18 — “I also say to you that you are Peter, and upon this rock I will build My church; and the gates of Hades will not overpower it.”

In this statement, Jesus prophesies the establishment of His Church upon Peter’s confession that He [Jesus] is “the Messiah, the Son of the living God” (Matthew 16:16). This prophecy was fulfilled on the Day of Pentecost following Jesus’ crucifixion, burial and resurrection when Peter preached the first Gospel sermon and 3,000 people responded. The prophecy has continued to be fulfilled over the past 2,000 years as Jesus has sustained the Church through constant harassment and persecution.

10. The Messiah’s Appearance for His Church

1 Thessalonians 4:16-17 — “For the Lord Himself will descend from heaven with a shout, with the voice of the archangel and with the trumpet of God, and the dead in Christ will rise first. Then we who are alive and remain will be caught up together with them in the clouds to meet the Lord in the air, and so we shall always be with the Lord.”

These comforting words are taken from the New Testament’s most explicit passage about the Rapture of the Church — specifically, the day when Jesus will appear in the heavens and take all Church Age saints out of the world, both the living and the dead. Other passages make it clear this will happen before the Great Tribulation begins.

11. The Messiah’s Second Coming and Reign

Zechariah 14:1-9 — “Behold, a day is coming…I will gather all the nations against Jerusalem to battle, and the city will be captured, the houses plundered, the women ravished and half of the city exiled, but the rest of the people will not be cut off from the city. Then the LORD will go forth and fight against those nations, as when He fights on a day of battle. In that day His feet will stand on the Mount of Olives, which is in front of Jerusalem on the east; and the Mount of Olives will be split in its middle from east to west by a very large valley, so that half of the mountain will move toward the north and the other half toward the south…And in that day living waters will flow out of Jerusalem, half of them toward the eastern sea and the other half toward the western sea; it will be in summer as well as in winter. And the LORD will be king over all the earth; in that day the LORD will be the only one, and His name the only one.”

The vast majority of Christians in the world today attend churches that teach the Amillennial viewpoint about the end times — a view that says Jesus will never return to this earth to reign over all the nations in the world. Instead, He will just appear in the heavens and take all believers back to Heaven with Him. But this passage specifically prophesies that the Messiah will return to the Mount of Olives in Jerusalem and will become King over all the earth. The book of Revelation says the same thing in chapter 20 and states six times that the reign will last a thousand years.

Revelation 21:1-4 — “Then I saw a new heaven and a new earth; for the first heaven and the first earth passed away…And I saw the holy city, new Jerusalem, coming down out of heaven from God, made ready as a bride adorned for her husband. And I heard a loud voice from the throne, saying, ‘Behold, the tabernacle of God is among men, and He will dwell among them, and they shall be His people, and God Himself will be among them, and He will wipe away every tear from their eyes; and there will no longer be any death; there will no longer be any mourning, or crying, or pain; the first things have passed away.'”

Believers will live eternally in new bodies in a new Jerusalem located on a new earth. The curse will be abolished. All pain, suffering and death will cease to exist. And God the Father and His Son, the Messiah Jesus, will come to earth and live in our presence. Hallelujah! 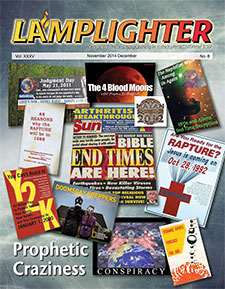 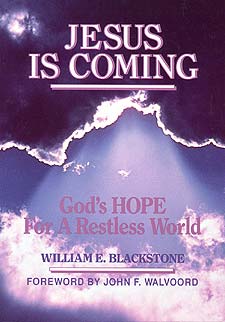