During his remarkable lifetime, Billy reached more people with the Gospel than any evangelist who had ever lived. It is estimated that more than 200 million people attended one or more of his 400 evangelistic crusades. In March of 1995, he broadcast a sermon from Puerto Rico that was carried by 37 satellites to 185 nations and territories in a total of 117 different languages. I saw it while I was preaching in Poland.

His ministry partially fulfilled two end time prophecies. The first is a prophecy in the book of Joel that says there will be two great outpourings of the Holy Spirit — what Joel referred to as the “early and latter rains” (Joel 2:23). The early rain began on the Day of Pentecost in approximately 30 AD when Peter preached the first Gospel sermon and 3,000 people responded by receiving Jesus as their Messiah (Acts 2:14-41).

Joel’s prophecy indicated that the second pouring out of God’s Spirit — “the latter rain” — would occur after the regathering of the Jewish people and the re-establishment of their state, which occurred on May 14, 1948 (Joel 2:18-23).

And, sure enough, the latter rain began a year later in October of 1949 when Billy Graham started a three week tent revival in Los Angeles that eventually extended to a total of eight weeks. For some reason, still unknown to this day, the media mogul of that time, William Randolph Hearst, sent a telegram to all his media outlets that simply read, “Puff Graham.”

The next day, Billy was besieged by reporters from all over the nation. Within a month his picture had appeared on the covers of most of the nation’s leading magazines, and he was being invited to hold crusades all across America and around the world. Billy’s ministry had taken off like a rocket, and it was to flash around the world like a brilliant comet during his lifetime.

The second prophecy that Billy’s ministry fulfilled in part was one spoken by Jesus. It is recorded in Matthew 24:14: “And the gospel of the kingdom shall be preached in the whole world for a witness to all the nations, and then the end shall come.”

This prophecy will not be completely fulfilled until near the end of the Tribulation, right before the final outpouring of God’s wrath in the Bowl Judgments. We are told in Revelation 14:6 that God, in His grace and mercy, will not execute His final judgments of the Tribulation until He sends forth an angel who will circumnavigate the earth, proclaiming the Gospel to every living person.

But, again, Billy’s ministry is the closest thing we have thus far experienced to true worldwide evangelism. The only thing that comes even close to it is the ministry of The Jesus Film Project (www.jesusfilm.org).

A Ministry of Integrity

One thing I always respected about Billy’s ministry was his moral and financial integrity. He fully realized his human frailties, and he took positive action to keep them in check. In November of 1948, before he became famous, he and his evangelism team met in a hotel in Modesto, California and drew up a document of ministry guidelines that came to be known as “The Modesto Manifesto.” It addressed the three main problems that had destroyed many ministries: sex, money and power.

In the manifesto they laid down principles for handling money. They pledged to be accountable to each other regarding their relationships with women. They also pledged to avoid sensationalism, inflated publicity and criticism of local pastors. And they promised to actively pursue follow-up to those who responded to Billy’s invitations. Later, in 1979, Billy played a key role in the establishment of the Evangelical Council for Financial Accountability (ECFA) which requires its parachurch members to provide full financial disclosure.

The result of all these efforts is that The Billy Graham Evangelistic Association was never afflicted with a breath of scandal. Controversy, yes. Scandal, no.

One of the first national controversies occurred in 1953 at one of Billy’s crusades in Chattanooga, Tennessee. He personally removed the rope that local organizers had placed in the crusade tent to separate Blacks from Whites, and he declared, “Church people should be the first to step forward and practice what Christ taught — that there is no difference in the sight of God.” His brave action marked the end of segregated seating at his meetings in the Deep South.

Greater controversy was generated over the years as Billy warmed up to Catholic leaders, including the Popes. And this controversy became white hot when he started turning over response cards from Catholics to local Catholic parishes. There were rumors as early as 1950 that his staff was doing this, but they issued a strong denial that read: “…that you should give any credence to the idea that Mr. Graham would ever turn over any decision cards to the Roman Catholic Church seems inconceivable.” But by the early 1970s this was being done openly at all his crusades. To Fundamentalists, as well as many Evangelicals, it was astounding that people responding to the Gospel would be referred to Catholic priests who knew little, if anything about the Gospel.

Billy was very well known for his associations with all the Presidents from Truman to Obama. This often prompted controversy as he was criticized for seeming to favor one candidate over another. He was particularly close to President Nixon, and after many of the Nixon White House tapes were opened to the public in 1974, Billy was shocked over the President’s vile language and his duplicity.

The tapes seem to jolt Billy into an awakening of how he had most likely been used by many of the Presidents for their political purposes. But, in typical Billy Graham style, he responded by saying, that he had probably used them as well. Nonetheless, he decided to avoid political entanglements thereafter.

Billy’s worst controversy occurred in 2002 when more tapes from the Nixon White House were released. They contained a conversation between Nixon and Billy in which the President unloaded some crude anti-Semitic remarks, and Billy agreed with them and even added some of his own. It was totally out of character for Billy, particularly since he had always gone out of his way to speak kindly of the Jewish people and to support Israel. Billy tried to nip the controversy in the bud by quickly apologizing profusely. But the revelation left a scar on his heritage.

Billy’s overwhelming success as a preacher was a mystery to many people, including other preachers. They often dismissed his sermons as “lightweight,” “superficial” and “simplistic.”

What they did not seem to grasp is that Billy preached the Bible and stayed focused on the Cross, and because of this, he received a heavy anointing of the Holy Spirit. Here’s how Billy described it:

If God should take His hands off my life, my lips would turn to clay. I’m no great intellectual, and there are thousands of men who are better preachers than I am. You can’t explain me if you leave out the supernatural. I am but a tool of God.

Billy kept his sermons simple on purpose. He did not feel called to preach theology. His desire was to preach Jesus as the only hope for Mankind. Here’s how he once put it: “My one purpose in life is to help people find a personal relationship with God, which I believe comes from knowing Christ.” Al Mohler, the President of Southern Theological Seminary, summed it up this way:

Billy Graham’s simple gospel message came down to human sin, and the fact that every single human being is a sinner and that our plight is absolutely impossible, except for the fact that God in Christ made atonement for our sins.

Billy once said that his task was not mass evangelism, but personal evangelism on a mass scale. His sermons were therefore tailored in such a way that people often felt he was talking directly to them.

When Pastor Robert Jeffress of the First Baptist Church in Dallas was asked to comment about Billy’s heritage, he emphasized how totally focused Billy was on delivering the simple Gospel message. He said Billy was so obsessed with this message that when he was asked to do a microphone check, he never said, “Testing, one, two, three . . .” Instead, he always started quoting John 3:16 because it contained the essence of his message.

In an article that Billy wrote in 1956, he revealed that in 1959, before his famous Los Angeles revival in October of that year, he had experienced a crisis of faith. He called it “the intellectual battle of my life.” He was wrestling with what he thought were “apparent contradictions in the Scriptures.”

In August of 1959, he took this spiritual battle with him to a Presbyterian retreat and conference center located in the mountains outside of Los Angeles. A few days after his arrival, he went hiking in the woods, when he suddenly felt compelled to kneel on the ground before an open Bible. He cried out:

Lord, many things in this book I do not understand. But you have said, ‘The just shall live by faith’…Here and now, by faith, I accept the Bible as Your Word. I take it all. I take it without reservations…If this pleases You, give me authority as I proclaim Your Word, and through that authority, convict me of sin and turn sinners to the Savior.

Another key to Billy’s success was his wife, Ruth, who died in June of 2007 at the age of 88. She was born in China to medical missionary parents, and she grew up dreaming of becoming a missionary to Tibet. She surrendered that hope to Billy’s career and to the care and raising of their five children (two boys and three girls). And with Billy gone most of the time, her nurturing of the children was a full time job. She was once asked how she felt about Billy’s prolonged absences. Her response: “I’d rather have a little of Billy than a lot of any other man.”

Ruth was a voracious reader who constantly supplied Billy with sermon illustrations and references for his books.

In 1995, the Billy Graham Evangelistic Association announced that Billy’s son, Franklin, would succeed his father as the leader of the ministry. This type of family transition within a ministry often does not work well because the family member selected to receive the mantle does not have an anointing of God.

But this has proved not to be the case with Franklin. However, he is not anointed to be an evangelist like his father. Instead, he has been given the anointing of a prophet, and thus, unlike his dad, Franklin is a very blunt-speaking person on the cutting edge of the culture war. Meanwhile, other members of the family continue the evangelistic thrust, including Billy’s daughter, Anne Graham Lotz, and Franklin’s son, Will.

So, the Graham heritage marches on, continuing to touch souls around the world. It can best be summed up with the following statement by Billy:

The greatest legacy one can pass on to one’s children and grandchildren is not money or other material things accumulated in one’s life, but rather a legacy of character and faith. 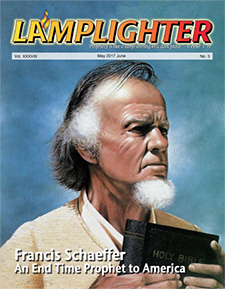 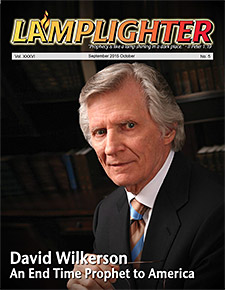