One Man’s Road to Jesus 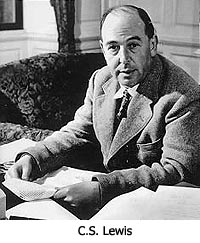 C.S. Lewis was a professor of Medieval literature at both Oxford and Cambridge Universities before he died in 1963. God’s sense of humor is revealed in the fact that He anointed this great intellectual to become the most popular Christian communicator of this century. His book, Mere Christianity, has been the number one best selling Christian book since it was published at the end of World War II.

Lewis is known as the foremost defender of the Christian faith in this century. His books, The Problem of Pain and Miracles, established his reputation as a great Christian apologist. I highly recommend all these books to you, including his books, The Screwtape Letters and The Great Divorce.

What most people do not know about Lewis is that he was an atheist in his early years and did not come to have a faith in Jesus until he was 32 years old.

I recently discovered a remarkable letter that he wrote to a friend when he was only 18 years old. As you read the following excerpt from that letter, consider how many 18 year olds you know who could write such profound thoughts:

“You ask me my religious views: you know, I think I believe in no religion. There is absolutely no proof for any of them, and from a philosophical standpoint Christianity is not even the best. All religions, that is, all mythologies, to give them their proper name, are merely man’s own invention…

Thus religion, that is to say mythology, grew up. Often, too, great men were regarded as gods after their death — such as Hercules or Odin: thus after the death of a Hebrew philosopher Yeshua (whose name we have corrupted into Jesus), he became regarded as a god, a cult sprang up, which was afterwards connected with the ancient Hebrew Yahweh-worship, and so Christianity came into being — one mythology among many.” [From The Letters of C.S. Lewis by W.H. Lewis]

In his book, Surprised by Joy, Lewis tells how he became a Christian, mainly through the reading of both secular and Christian books. The first step came in 1929 when he was 31 years old.

He had been reading some Christian books over and over again (books by Donne, Browne, Spenser, Milton, Johnson and Chesterton) when he decided to go to town on the bus (Lewis never learned how to drive!). He got on the bus an atheist. As he rode along, “he reconsidered Hegel’s philosophy of the absolute and festooned it with Berkley’s notion of the spirit. What resulted was a philosophical construct he called God.” When his stop came, he got off the bus believing that God did indeed exist.

The first thing that happened to him was a consciousness of sin. He looked inside himself and was appalled by what he saw: “A Zoo of lusts, a bedlam of ambitions, a nursery of fears, a harem of fondled hatreds.” He wanted to pray. But to whom? He did not yet know the God he believed existed. Nonetheless, “I gave in, and admitted that God was God, and knelt and prayed: perhaps, that night, the most dejected and reluctant convert in all England.”

A year later at age 32 Lewis spent an evening discussing mythology and Christianity with some intellectual friends who were Christians, one of whom was the writer, J.R.R. Tolkien. They challenged him as he had never been challenged before to think critically about Jesus. After the meeting broke up, Lewis could not go to sleep. He continue to wrestle with the concept of Jesus as God in the flesh. By 3:00 a.m. he had decided to accept Jesus as his Savior. Twelve days later he wrote these words to Tolkien: “I have passed on from believing in God to definitely believing in Christ — in Christianity.”

As Lewis reasoned about Jesus and His claim to deity, he kept asking himself, is He God or was He simply what most people say, that is, “a great moral teacher”? He suddenly came to a conclusion that has convicted millions since that time:

“A man who was merely a man and said the sort of things Jesus said would not be a great moral teacher. He would either be a lunatic — on a level with the man who says he is a poached egg — or else he would be the Devil of Hell. You must take your choice. Either this man was, and is, the Son of God: or else he was a madman or something worse.” [Mere Christianity] 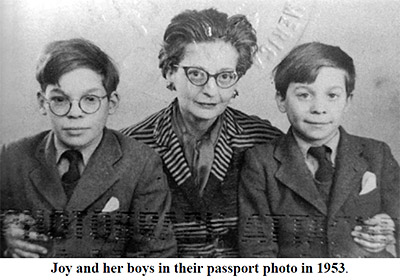 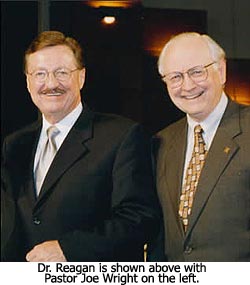