More and more Evangelical leaders seem to be following the lead of John Hagee in his assertion that Jews do not need to accept Jesus as Lord and Savior in order to be saved. Hagee argues, incredibly, that Jesus never even claimed to be the Jewish Messiah.1

Others argue that Jews have their own special covenantal relationship with God and can therefore be saved by observing the laws of the Torah.2 This view is called Dual Covenant Theology. It has been embraced by most of the non-Evangelical Christian community. It is also the viewpoint of many Catholics. For example, in 2002, the United States Conference of Catholic Bishops released a document called “Reflection on Covenant and Mission” in which they affirmed that “Jews already dwell in a saving covenant with God.”3

There is tremendous pluralistic pressure these days to waffle on the issue of whether or not the Jews need Jesus. When Larry King interviewed Joel Osteen, pastor of America’s largest church, he asked if Jews must believe in Jesus in order to go to Heaven. Osteen replied, “I’m very careful about saying who would or wouldn’t go to Heaven. I don’t know.”4

The Stance of Scripture

He doesn’t know? What did the Apostle Paul mean when he wrote that the Gospel is “for the Jews first”? And what did he mean when he stated that his heart’s desire and prayer to God was for the salvation of the Jewish people (Romans 10:1)? In fact, he went so far as to state that he himself would be willing to be lost if it would mean the salvation of his “kinsmen according to the flesh” (Romans 9:3).

In 1989 a group of Evangelical theologians decided to address the growing ambivalence about the relevance of Jesus to the Jews. They issued the “Willowbank Declaration on the Christian Gospel and the Jewish People.” In it they denied that “any non-Christian faith, as such, will mediate eternal life with God.”5

The statement was denounced by Jewish and Christian leaders as “politically incorrect,” which, of course, it was. But it was biblically correct, which is all that matters.

In March of this year the World Evangelical Alliance decided to address the issue again in a document entitled “The Gospel and the Jewish People.” It is a biblical statement that expresses the truth in love. This important document reads as follows:6

“As Evangelical Christians, we want to express our genuine friendship and love for the Jewish people. We sadly acknowledge that church history has been marred with anti-Semitic words and deeds; and that at times when the Jewish people were in great peril, the church did far less that it should have.

Now, that’s what I call “Evangelical Faithfulness!” And I praise the Lord for it. 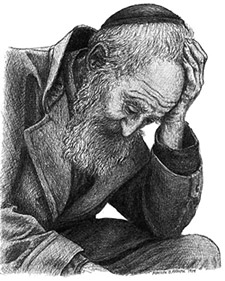 The Evil of Replacement Theology 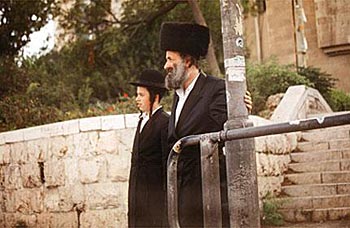 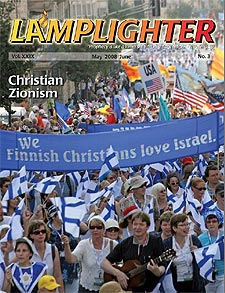