Home > Articles > How to Share Jesus With a Muslim 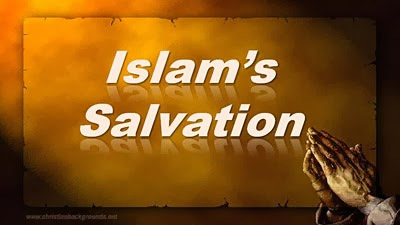 One of the blessings of serving as Web Minister is that I get to witness to Muslims from all across the world over the Internet. From these experiences, and utilizing quotes from various discussion board and social network threads, I’m going to share with you six different ways that you can reach a Muslim for Christ.

1) Urge them to compare the Quran with the Bible.

Muslims believe a true reading of the Quran can only be done in the original Arabic, so non-Arabic reading Muslims rarely know what the Quran actually teaches.

The following is a testimony by an ex-Muslim from Iran who calls herself Fars:

I left Islam for several reasons… I finally bought an English translation of the Quran; I was appalled. No wonder the Mullah didn’t want me to know what it all meant. When I read some of the passages in English to my mother she was shocked with disbelief. “That can’t be right!” She couldn’t believe it and she had been a Moslem all her life and never knew exactly what the Quran said. She and my sister have both also left Islam…”

Urge a Muslim to read the Quran in their own language and then the Bible. Mohammad in Sura 5:46,68 permits Muslims to read the Bible, which opens the door for the Holy Spirit to move on their hearts. Once Fars could read both the Quran and the Bible in her own language, she gave her life to Christ.

2) Emphasize to them the life of Christ.

The following is the testimony of a Moroccan named Ibn Zakaria:

By reading the Bible and comparing the life of Mohammad to that of the Lord Jesus Christ, I found myself far from Islam and enlighten by the Gospel and the truth of the Word of God.

When you compare the life of Mohammad who was a murderer, wife stealer, child molester and a liar with Jesus Christ who is sinless, loving, holy and self-sacrificing, the Muslim is shocked at the differences. The Jesus taught in the Quran isn’t at all the Jesus of the Bible. They’re amazed that anyone would lay down their own life for them, so share the life of Christ.

Abdel Masih of Egypt shared how he became saved:

When I began to study I saw that the Quran was very filled with hate and not enough on love. Christianity seemed so much more familiar and the Sermon on the Mount is a teaching after my own heart. There is nothing like it in the Islamic literature.

Muslims receive no love from Allah whatsoever and their mullahs spew anger and hate. A Muslim, like any person, wants to be loved, and you can reach them by telling them about the love of God.

4) Stress to them there can be assurance of Salvation.

Mounif of Morocco writes in his testimony:

My father was and still is an imam in a mosque. I had many questions about my place in Paradise, but there was no answer.

Muslims have no assurance of going to Paradise except by one act — to kill infidels through suicide. Share how Jesus Christ died for their sins once and for all, and when they accept that in faith and repentance, they can have the assurance of Heaven.

5) Explain to them the meaning of Grace.

Sinbad of India shared his story:

I had of course gone through the whole process of learning about Islam and the do’s and don’ts, and had always tried to practice it but always was struggling as if I was forever carrying a great load on my back, as if I was in a prison. After I left [Islam] I felt as if I had just been released from prison.

Islam feels like shackles to a Muslim toiling under the great burden of a works-based religion. When you teach them about the grace of God, how there’s no work they can do in order to be saved because Jesus Christ already paid for their sins on the cross, then they are released. The weight is lifted.

6) Assure them they can have a relationship with God.

Then I did something that I told my parents and myself I would never do. I rented the movie The Passion of the Christ. I held back tears that threatened to fall from my eyes until the short scene in the movie when Mary Magdalene reverts back to the day when Jesus was the only person who would accept her and love her. I began to cry… Finally, I understood that God loved me and was not out to get me or do me harm. It was also at that moment that I knew that Allah was not God.

Learning one can have a personal relationship with a loving God touches a Muslim’s heart.

So get out there and free Muslims of their burden of sin and judgment by sharing Jesus Christ!