I Was A Teen Age New Ager

Home > Articles > I Was A Teen Age New Ager

I Was A Teen Age New Ager

A testimony of deliverance from the New Age Movement. 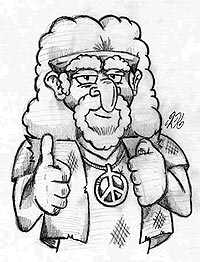 In the annals of book burnings it would be considered pretty small potatoes. Ten or eleven books, all written by or about the noted psychic Edgar Cayce, were quietly burning in a rusty 55 gallon drum in the crisp evening air. What made this act significant was that they were my books. In the burning of them I was committing myself to walk away from Cayce’s new age ideas I had once fully embraced.

For over a year I had wrestled with this issue. In a sense, I owed a debt to Cayce, for it was he who had first piqued my interest in the Bible. Reading Cayce’s ideas about creation, evolution, and reincarnation had moved me from agnosticism to a belief in a “higher power” and a conviction that life had some purpose after all. Trouble was, Cayce tried to prove his mystical ideas from the Scriptures.

I had pretty much given up on the Bible by then (though I had read almost none of it). My high school science teachers had shown me that evolution, not God, was our creator, and I was certain that Christianity was a religion for the weak-minded and losers who had little going for them.

But as Cayce tried so strenuously to prove his mystical concepts by the Bible, I became intrigued. As a nineteen-year-old psychology major, I took a little black King James Bible back to college with me from Christmas break. Up until that time I had never been an easy guy to witness to. Several had tried, but I had lots of arguments, and took great relish in demolishing (at least in my mind) any and all who would dare challenge my current thinking. But this time it was different. With no one visibly in the room to argue with, the Scriptures began to penetrate all the falsehoods that I had held so dearly.

I started reading the New Testament. By the time I had finished Matthew I was impressed. The Jesus I read about was no weak-minded loser — He was incredible! I read through the other gospel accounts and became increasingly fascinated with Jesus and drawn to Him as Savior. By the time I had read much further I was finding myself praying to a God who, months before, I wasn’t sure even existed.

The Bible became sweet to me. I could never get enough of it. My goal for each day was to read five chapters, but I could never stop there — I would go on to read five more, and then five more. What no human could accomplish was such an easy matter for the greatest evangelist in the world, the Holy Spirit, as He made the Scriptures come alive to me.

I came to love Jesus and desire His will for my life. But there was a problem. I still held on to many of the new age concepts I had learned from Cayce. At first I thought I could fit these two clashing views together without any problem.

I wrote to Cayce’s son, Hugh, and told him of how much his dad’s writings had meant to me. He wrote back and said that he was glad, but urged me to try to find a liberal church rather than the conservative one that I was presently attending. He didn’t use the word “liberal” but he and I both knew what he meant. As time went by, though, I found myself strangely drawn to those churches and believers who loved Jesus whole-heartedly and believed fully that the Bible was the word of God.

This presented a problem for me. The more I hung around evangelicals, the more I realized the incredible distance there was between Cayce’s perspective of spiritual truth and that of classic Christianity. Increasingly I began to realize that there really was no way to reconcile the two.

My decision to burn the books was pretty much a pragmatic one. I concluded that, if Cayce’s version of truth was correct, the evangelicals were still in pretty good shape. Their emphasis on forgiveness, charity, and moral uprightness would leave them with terrific karma for their next life. On the other hand, if the evangelicals had it right, the Cayce-ites had a real problem. Most of them made no pretensions of coming to Christ for forgiveness and having been born again. They were trusting solely on doing good deeds in this life to advance their karmic evolution and make their way to being absorbed in God (who was loosely defined as “the sum of all things”).

Thus the evangelicals were in pretty good shape either way, but the Cayce-ites only had hope if this reincarnation thing were actually true. If the fundamentalists were right about heaven, hell, and the atonement of Jesus, the Cayce-ites would be thrown into the same hell as the rapists and serial murderers.

On the basis of pragmatic caution, I decided it would be better for me to burn the Cayce books and cast my lot with the evangelicals. My prayer went something like this, “God, I don’t know if this reincarnation business is right or wrong, but I don’t want to take a chance. Help me to see the truth. Amen.”

There were no special effects as the books burned on that quiet Missouri evening in 1977. No trumpets sounded, no angels confirmed my decision. I went to bed that night at peace, but without any major insight or revelation. Yet apparently something spiritual had happened. Within a few weeks, the whole question of reincarnation vs. the atonement of Jesus cleared up in my mind, and I realized how foolish I had been to even hold the possibility of reincarnation in light of the powerful and plain writings of the New Testament.

In a sense, there are only two kinds of religious perspectives: the devil’s and God’s. Whether it be Cayce’s reincarnation or Joseph Smith’s Mormonism, or Mary Baker Eddy’s spiritualism, the basic philosophy is always the same. The devil may use many different flavors for variety, but the heart of his religion is simply this: Man is his own savior.

The New Testament revelation is exactly opposite. Man cannot save himself. No amount of good deeds or acts of penance can purchase him one second in that realm where a holy God resides. God has provided the only possible way of salvation, and that is through the death and resurrection of His Son Jesus Christ. Through His cross, Jesus has provided forgiveness of sins, the gift of eternal life, and the honor of being the children of God. 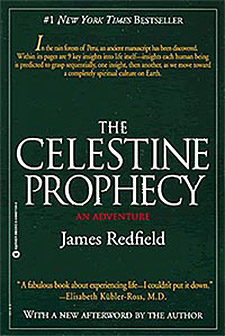 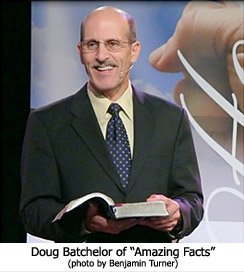 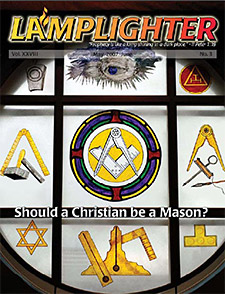