Is the Pope the Antichrist?

Is the Pope the Antichrist?

The Pope in Prophecy

The recent visit (September 2015) of Pope Francis to our nation prompted many questions about him. One of the most common was whether or not he could be the Antichrist.

My answer to that question is, “Yes and no.” Let me explain.

Pope Francis is definitely not the Antichrist who will serve as the world’s supreme leader during the seven years of the Tribulation. That person, according to Daniel 9:26–27 will be a political leader of Roman heritage. Also, according to Daniel, he will arise out of a revived Roman Empire (Daniel 2:31–45).

Yet, Pope Francis, like all the popes before him, is an antichrist according to 1 John 2:22 which says, “Who is the liar but the one who denies that Jesus is the Christ [Messiah]? This is the antichrist, the one who denies the Father and the Son.” How does this passage relate to the Pope? Because the Jesus he proclaims is not the Jesus of the Bible. 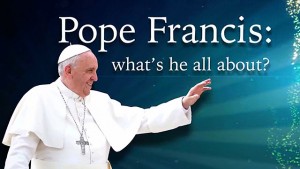 The biblical Jesus finished His work of salvation on the Cross when He cried out, “It is finished!” (John 19:30). The Bible says that His once and for all perfect sacrifice completely satisfied the wrath of God (Romans 5:9 and 1 John 2: 2). In contrast, the false Jesus of Catholicism is only a “gate opener” to Heaven, enabling Catholics to save themselves through the Mass and Sacraments.1

Another important difference is that the Jesus of the Bible is the sole mediator between God and Man (1 Timothy 2:5), whereas Catholic doctrine teaches that Mary is also a mediator. Consider the words of Pope Pius IX when he proclaimed, “God has committed to Mary the treasury of all good things, in order that everyone may know that through her are obtained every hope, every grace, and all salvation. For this is His will that we obtain everything through Mary.”2

To put it another way, the Pope denies that Jesus is the Messiah because he argues that faith in Jesus alone is not sufficient for salvation. Here’s how one expert on Catholicism has put it:

Basically, salvation is attained through baptism and good works. It is maintained by good works and participation in the sacraments. If lost, it is regained through the sacrament of penance which only a Roman Catholic priest can administer. Add to this purgatorial cleansing after a person dies, and you can see that salvation is an arduous process.3

In summary, “Roman Catholicism preaches a Jesus who was unable to purge all sin or pay the complete penalty for sin.”4

Further, consider the facts that the Pope takes the title of “Vicar of Christ,” allows people to call him “Holy Father,” and accepts worship of himself. His title, his name and his acceptance of worship constitute blasphemy.

The word “vicar” means “stand–in” or “substitute.” Does the Pope consider himself to be a substitute Christ? Apparently so. In 1302, Pope Boniface VIII, in an ex cathedra in his Bull Unum Sanctum proclaimed, “We declare, say, define and pronounce that it is absolutely necessary to salvation for every human creature to be subject to the Roman Pontiff.”5 In like manner, in 1890, Pope Leo XIII declared, “…the supreme teacher in the Church is the Roman Pontiff. Union of minds, therefore, requires, together with a perfect accord in the one faith, complete submission and obedience of will to the Church and to the Roman Pontiff, as to God Himself.”6

These so–called “infallible” statements are, to say the least, absolutely blasphemous.

The true Vicar of Christ on this earth is the Holy Spirit, not the Pope.

There is only one “Holy Father” and that is the Creator of this universe. The term is found only one place in the Bible and that is in John 17:11 where Jesus refers to God in His farewell prayer with His disciples as “Holy Father.” Thus, to call the Pope “Holy Father” is to acknowledge him as God.

As for allowing people to worship him, the Bible makes it crystal clear that no one is to be worshiped except Almighty God. When the Roman soldier Cornelius fell at the feet of Peter, whom the Catholic Church claims to have been the first Pope, Peter rebuked him by saying, “Stand up, I too am just a man” (Acts 10:25–26).

All of this explains why it is so sickening to me to see video clips on the Internet of Christian leaders, even so–called Evangelicals, fawning over the Pope.

I found the Pope’s speech to the joint session of our Congress to be outrageous. Think of it — he was the first Pope in history to address a joint session of Congress, and yet, during the entire speech, he never once mentioned Jesus! It’s enough to make you wonder if Jesus is irrelevant to him.

It reminds me of the first thing Pope Francis did after his election to the papacy. He announced that he would visit the Roman basilica dedicated to the Virgin Mary to pray that she would protect the Church.7 Not once did he mention Jesus.

And then, consider his speech to the United Nations. Once again, he made no mention of Jesus! Instead, he talked glowingly about how much he admired the United Nations — which happens to be one of the most inept, biased and corrupt organizations in the world.

What a contrast to the speech that the former president of Iran, Mahmoud Ahmadinejad, gave to the United Nations in 2012. He began with lavish praise of Allah, urging him to “hasten the emergence of your chosen beloved” (referring to the Islamic Messiah called The Mahdi). And he ended the speech by talking for several minutes about how the world will be transformed by the Mahdi.8

But the so–called “Vicar of Christ” could not find it in his heart to mention Jesus even once. Rather, he focused on global warming and the re–distribution of wealth. 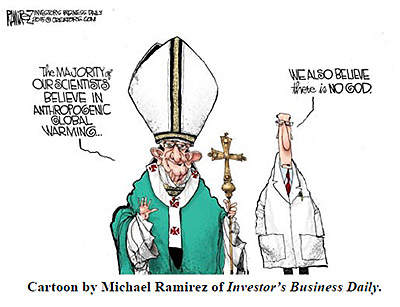 The Pope in Prophecy

Does the Pope have any role in end time Bible prophecy? It is very likely that he will serve as the Antichrist’s right hand man, referred to in the Scriptures as the False Prophet (Revelation 19:20). I say this because the False Prophet is pictured as serving as the head of a worldwide religion that supports the rule of the Antichrist. And in today’s world, the Pope is the most likely candidate for this role.

As a Jesuit priest, Pope Francis is particularly interested in bringing the “separated brethren” back into the fold to be included under the umbrella of the Roman Catholic Church. And the apostasy that is so rampant among Protestants today — even among Evangelicals — is paving the way for this return to happen.

Take the Emerging Church Movement for example. The leaders of this movement seem no longer to be interested in doctrinal differences — even fundamental ones like whether salvation is by works or by grace through faith. Their emphasis is on feelings and experiences. A former Catholic, Mike Gendron, explains it this way:

One of the major influences that is paving the road back to Roman Catholicism is The Emerging Church movement. Proponents say it’s time for Christianity to be reinvented for a new generation. It must become more relevant to a postmodern generation. They say the best way to reinvent Christianity for the present generation is to reintroduce ideas and experiences from the past…The experiential attractions which are being promoted by the Emerging Church include: statues, prayer stations, incense, liturgy, candles, icons, the sacraments and calling communion the Eucharist. It is easy to see how this movement complements and encourages the Vatican’s “new evangelization program” to win the “separated brethren” back to the “true church.”9

My final word: Don’t be suckered by Pope Francis. He is a dangerous antichrist with the veneer of an “angel of light” and a “servant of righteousness” (2 Corinthians 11:14–15).

6) ChristianityBeliefs.org, “Pope Quotes Reveal They Are The Son Of Perdition,” http://christianitybeliefs.org/end-times-deceptions/pope-quotes-verify-they-are-antichrist-son-of-perdition, page 5. 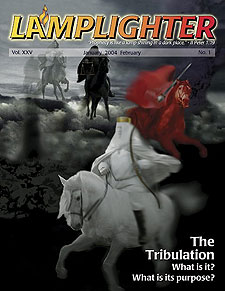 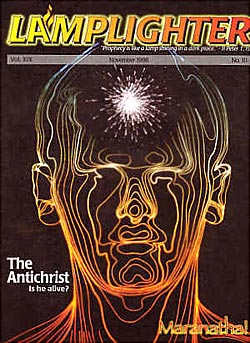 The Rise and Fall of the Antichrist 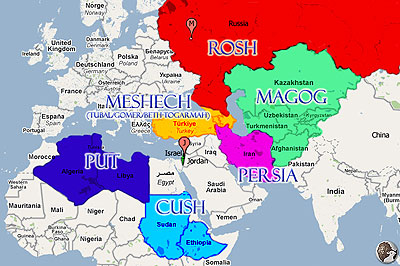