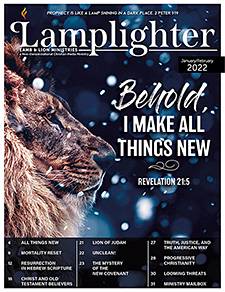 We live in an age when so many people are talking about resets: the Great Reset, the Church reset, an environmental reset, a population control reset, resetting one’s crashed computer, resetting one’s clock due to Daylight Savings, and so on and on. But, did you know that every person who has ever lived, is alive now, or has yet to be born faces a mortality reset? In the vernacular, we call it — Death. For, after all, to be human is to be mortal, defined as “the state or condition of being subject to death.”

Every one of us holds inside us an innate knowledge that there still remains a life beyond our death, confirmed in Ecclesiastes 3:11, “He [God] has also set eternity in the hearts of men, yet they cannot fathom what God has done from beginning to end.” God has placed inside of us knowledge that there is something about us and about life that goes way beyond our earthly existence. As mere mortals, we are just too small to grasp exactly what that is. First Corinthians 2:9 reveals, “No eye has seen, no ear has heard, no mind has conceived what God has prepared for those that love Him.”

The reason why we cannot properly conceive of life beyond death is because our view outside of the womb can be just as limiting as our life when we were living inside of the womb. We think of this life only as it is now, and not how it could be. When you think about it, humans go through very distinct stages across our lifespan. We start out as a blastocyst, and then we grow into an embryo, and then a fetus, then are born as a baby, develop into a toddler, elementary, teen, and so on until finally we become fully grown adults. But, there is another stage to our existence that extends even beyond the adult stage (and I’m not talking about retirement).

Sadly, when it comes to pondering over this next life stage, most people live as Hebrews 2:15 reveals as “those who all their lives were held in slavery by their fear of death.” Life is so short and death always looms on the periphery of our vision. We know that death is out there, but we spend most of our time trying to avoid it so as to not think about that potentially scary next stage.

People are often scared of death because of misconceptions ranging from annihilationism, to reincarnation, to suffering in Purgatory, to soul sleep, and to living forever as a disembodied spirit. The last, in particular, seems especially frightening because the concept brings with it an everlasting sentence of boredom.

Misconceptions about the afterlife arise from our “womb” perspective because we just do not have enough data and so are left guessing on some of the details. But, we don’t have to totally guess, for God has revealed a good number of details about what our mortality reset is going to look like. He wrote those details down in the Bible. Don’t forget that 1 Corinthians 2:9 confirms for us that, “God has prepared.” God has prepared our life for living now and for living after we die, and He shares a taste of that in the Bible.

So, let’s say that today you go outside and a tornado sucks you up and tosses your carcass a mile away. You are now dead. The following is what will happen to you if you are a believer in Jesus Christ as your Savior and so are saved.

Upon death, your spirit will be delivered into the presence of Jesus Christ by His angels in Heaven (Luke 16:22).

God has intended all along that we will live on after death and throughout eternity as a physical being. We were never meant to exist as disembodied spirits floating around on clouds playing harps all day (thankfully!).

Throughout this life on earth, our spirits exist inside of a mortal physical body, but after we die, we receive what theologians refer to as an intermediate spirit body. We know that intermediate spirit bodies exist because we can read in the Bible about Elijah and Moses appearing at the Transfiguration, as well as Samuel appearing to Saul when he visited the Witch of Endor. These long dead people had physical, intermediate bodies. And, Revelation 7 displays the Tribulation Martyrs as standing before the throne of God worshiping while wearing white robes. If all of these examples were spirits, then they would have no need of clothing. The Church Age saints instead have to be “clothed” in some sort of physical body as they await the Resurrection of the Just at the Rapture of the Church. And, later, the Old Testament and Tribulation Saints will be resurrected at the end of the Tribulation (Daniel 12:1-2; Revelation 20:4).

While humans never remain bodiless, neither are we ever left unconscious. We remain totally conscious after death. A perfect example of this comes from the story Jesus told in Luke 16 about the Rich Man and Lazarus. After both men had died, Lazarus was taken to Paradise while the Rich Man was cast into Torments. Both are described as dwelling in bodies that could feel, see, and talk. They existed fully conscious and never dormant due to any kind of soul sleep. Only the earthly, mortal body remains “asleep” in the grave awaiting the Resurrection.

3) Resurrected Into Your Glorified Body

As 1 Corinthians 15:35-56 explains, when the Rapture occurs, the earthly bodies of the dead in Christ will be resurrected and merged with their intermediate body, both being transformed into their glorified body. And, for those in Christ who are alive when the Rapture occurs, their earthly body will be automatically transformed into their glorified body. This will be the only generation in history to avoid death. How this transformation into our glorified forms is accomplished technically, well, only God knows. If you have accepted Jesus as your Savior, you will soon find out firsthand!

What will our glorified body be like? First Corinthians 15:42-50 describes it as, “the body that is sown is perishable,” in other words, can be destroyed, “is raised imperishable,” meaning it cannot be destroyed. “It is sown in dishonor,” in that our sin weighs us down like we are slogged in filthy mud, “but it is raised in glory,” meaning in purity. “It is sown in weakness,” in that we get sick and tired, “but it is raised in power.” We are first “sown a natural body,” but “it is raised a spiritual body.” We will dwell forever in a Holy Spirit-powered body.

And, we will “bear the likeness of the Man from heaven,” whom we know is none other than the resurrected Jesus Christ. His resurrection provides the template for our own resurrection. For when Jesus returns, He “will transform our lowly body that it may be conformed to His glorious body, according to the working by which He is able even to subdue all things to Himself” (Philippians 3:20-21).

…And Full of Glory

We will be recognizable, in that we will appear much as we do now, though most likely a lot younger. And, we will have no weaknesses. None!

Interesting to note, Jesus performed some pretty remarkable actions after He was resurrected. He would appear out of nowhere — just pop in and out without having to use a door. At His ascension, Jesus flew up to Heaven. Does that mean our glorified bodies will allow us to fly? If our future home — the New Jerusalem — exists as a 1500-mile high cube or pyramid, you can bet we will need the ability to fly.

Just think about how our earthly bodies exist right now. They are bogged down in a state of degradation so that our ability to taste, touch, smell, and see are all much weaker. But, in our new body, these senses will be perfected. Think about all of the colors we will be able to see. Maybe we will even see outside of the light spectrum and into the ultraviolet. And, what about tastes? We will get to savor certain foods, because as Jesus showed, we will still get to eat (Luke 24:30-31, 41- 42; John 21:10-13; Revelation 19:7-9). We may even be able to smell all sorts of sweet odors beyond our limited range.

And, don’t forget — the pièce de résistance — we will finally have a body capable of standing in the presence of the Shekinah glory of Almighty God. We can look upon the loving face of our Creator and at last enjoy perfect fellowship with Him. Our mortality reset also resets God’s children into the ultimate fulfillment of a right relationship with Him. I cannot wait! 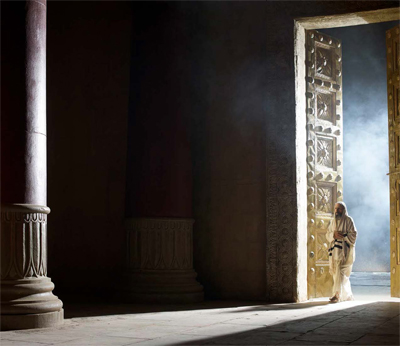 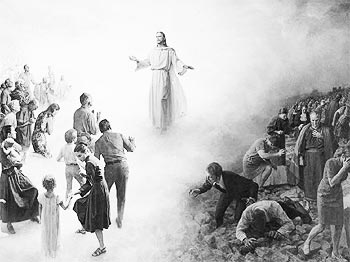 The Greatest Mystery of Bible Prophecy