The insanity of his last days in office

In his last days in office, President Obama decided to do whatever necessary to accomplish some of his goals, regardless of Congressional or Constitutional limits or the dictates of common sense — and regardless of the financial cost to the taxpayer.

1. Guantanamo Bay — The President had pledged from the beginning of his Administration to close the base by moving the prisoners to prisons located inside our nation’s boundaries, but the Congress, through bi–partisan votes, would never allow him to do it. So, he responded throughout his eight years in office by releasing as many prisoners as he could find countries willing to take them. The fact that most would end up back on the battlefield fighting us did not seem to bother him.

On January 5, he sent four prisoners from Yemen to Saudi Arabia for participation in a “rehabilitation program.” On January 19, the day before Trump’s inauguration, Obama petitioned the Congress one last time to close the facility. He argued that “Guantanamo is contrary to our values and undermines our standing in the world…” (It undermines our values to punish terrorists?)

During his tenure in office, Obama released 201 detainees. There were 242 when he took office. A total of 41 were left when Trump took control. Why the obsession with turning loose ruthless terrorists?

2. Clemency — In like manner, President Obama seemed obsessed with emptying our federal prisons of drug dealers. Believing their sentences were “too harsh,” during his last days in office, the president granted 1,176 commutations (sentence reductions) and 148 pardons (full forgiveness of the crime and restoration of civil rights). He, in fact, set a record on his last day in office by granting 330 commutations in one day’s time.

Obama issued 1,715 commutations during his eight years, more than the past 13 presidents combined, and 504 of these were life sentences! In short, he tossed out the window thousands of sentences that had been carefully determined by judges and juries. What arrogance!

The worst of his last minute commutations resulted in the release of Bradley Manning, better known as Chelsea Manning — a transgender man. (I refuse to call transgenders by their assumed names.) This man was an intelligence officer in the United States Army who released 700,000 documents, videos, diplomatic cables and battlefield accounts to WikiLeaks. The bottom line is that he was a traitor who should have been shot. Instead, he was given 35 years in prison. President Obama released him after serving only seven years — again, making a mockery of our judicial system.

3. The Palestinians — On the last morning of his presidency, Obama released $221 million in funding to the Palestinian Authority — money that had been held up by Congress because of evidence that such funds are used for terrorist attacks against Israel. Fortunately, the Trump Administration was able to move quickly to freeze the funds before they could be transferred. 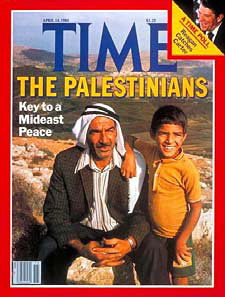 4. Environmentalism — Three days before the end of his term, Obama decided to send $500 million to a UN agency called The Green Climate Fund. He had previously pledged $3 billion and had already given $500 million, but he decided to squeeze in another half a billion before he left office.

The State Department used funds designated for programs meant to fight infectious diseases, like the Zika virus. Climate change is another of Obama’s pet obsessions, so in a last gasp effort, he decided to throw half a billion dollars of your money and mine at what has to be one of the phoniest issues of modern times. 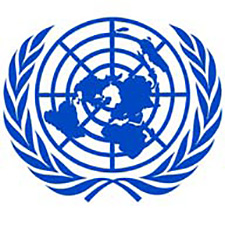 On February 3 the State Department announced that Obama gave the United Nations a total of $9.2 billion during 2016, or $6.3 billion more than we were assessed, and many experts are saying it was more than that because the State Department’s figures did not include all the donations the President made to special UN funds like The Green Climate Fund.

6. Israel — This brings us to President Obama’s most shameful action of his presidency — namely, his decision to lift our veto in the Security Council in order to allow the Council to pass a resolution condemning Israeli settlements in Judea and Samaria (the so–called “West Bank”) and declaring East Jerusalem (including the Temple Mount) to be Palestinian territory. 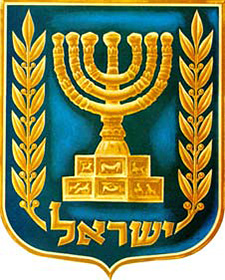 Further, on January 16 — 4 days before he was to leave office — the President helped sponsor an international conference in France whose purpose was to apply pressure on Israel to surrender its heartland and half the city of Jerusalem. Seventy nations attended and passed a meaningless resolution endorsing the “two–state solution.” The whole circus amounted to “the mouse that roared.” But our encouragement of it, together with the lifting of our veto in the United Nations, amounted to the greatest betrayal of Israel in our nation’s history.

President Obama’s decision to lift the US veto in the Security Council was shameful, reckless, spiteful and dangerous.

Further, the Word of God specifically warns that those who try to divide the land of Israel in the end times will be subjected to God’s wrath (Joel 3:2). Accordingly, we should expect to experience either a major terrorist attack or a serious natural calamity, or both.

Let us pray that President Trump will decide to take immediate action to counter this insane action on the part of Obama. There are a number of things he could do in addition to denouncing the decision, which he has already done. For example, he could:

We can rejoice that President Trump has already appointed a new ambassador to Israel, David Friedman, who is an Orthodox Jew and a strong supporter of the biblical and legal right of the Jews to the land.

The Lunacy of the International Community

The United Nations has gone mad. In the midst of overwhelming problems like the Syrian civil war, the belligerency of Iran, the insanity of North Korea, the increasing aggressiveness of Russia, and the rampage of ISIS, the member nations of the UN are focused on condemning Israel for building houses and apartment buildings in territory given to the Jewish people eternally by God. It is an example of anti–Semitism gone to seed.

Further, as Prime Minister Netanyahu has pointed out, it is an exercise in ethnic–cleansing. There are 1.7 million Arabs living within Israel, but this resolution says no Jew has the right to live in “Palestinian territory.” This is hypocrisy gone to seed.

But there is a positive spiritual significance to the President’s decision in that it is a significant step toward the fulfillment of the last end time, pre–Tribulation prophecy concerning Israel — namely, that all the nations of the world will come together against Israel over the issue of Jerusalem (Zechariah 12:2–3.) And thus, this UN decision and the subsequent international conference in France are strong indicators of how close we are to the consummation of the age.

We are literally on the threshold of the Tribulation. And that, in turn, means the Rapture is going to occur any moment.