Jesus’ birth as a testimony of God’s faithfulness. 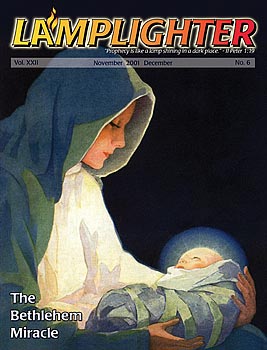 Every year at Christmas time I am reminded of the remarkable prophecies concerning the birth of Jesus and how they substantiate His deity and the faithfulness of God. Let’s take a look at some of those prophecies.

The Timing of the Birth

The timing of the Messiah’s birth had been indicated in Genesis 49:10 in words spoken by Jacob on his deathbed to his son Judah: “The scepter shall not depart from Judah… until Shiloh comes, and to Him shall be the obedience of the peoples.”

The term “Shiloh” was recognized by the Jewish rabbis as a Messianic title. The “scepter” refers to the judicial power of the nation. Thus, this prophecy states that the Messiah will come at a time when the nation’s judicial power has been removed.

Although Judah was deprived of its national sovereignty during the 70 year period of Babylonian captivity, it never lost its scepter, for the Jews were allowed to have their own judges even while in captivity.

Josh McDowell, in his book, Evidence that Demands a Verdict, points out that “the first visible sign of the beginning of the removal of the scepter from Judah came about when Herod the Great, who had no Jewish blood, succeeded the Maccabean princes who belonged to the tribe of Levi and who were the last Jewish kings to reign in Jerusalem.”

The crucial turning point came soon after Herod’s death when, in about 7 AD, the Romans removed the power of the Sanhedrin Council in Judah to pronounce the death penalty. Thus the scepter (the supreme judicial power) passed from Judah.

There is a notation about this in the Talmud (the Jewish oral tradition). The Talmud states that on this occasion the members of the Sanhedrin were overtaken by “a general consternation.” Incredibly, it is further recorded that they “covered their heads with ashes and their bodies with sackcloth, exclaiming: ‘Woe unto us, for the scepter has departed from Judah, and the Messiah has not come!'”

What they did not realize was that Jesus the Messiah had been born around 4 BC during the last years of Herod (Matthew 2:1), so “Shiloh” had arrived shortly before the scepter departed — just as prophesied!

The Place of the Birth

The place of the Messiah’s birth had also been precisely prophesied five hundred years earlier by the prophet Micah: “But as for you, Bethlehem Ephrathah, too little to be among the clans of Judah, from you One will go forth for Me to be ruler in Israel” (Micah 5:2).

Have your ever wondered what the term, “Ephrathah,” means in this passage? It is a geographical designation to indicate precisely which Bethlehem is being identified. It’s like differentiating between Springfield, Missouri and Springfield, Illinois.

The point is that there was another Bethlehem in the land of Israel in the area to the north near the Sea of Galilee. It had been allotted to the tribe of Zebulun.

By specifying the area of Ephrathah, the prophecy of Micah made it clear that the Bethlehem that would host the birth of the Messiah would be the one in the south of Israel near Jerusalem. In fulfillment of this very precise prophecy, Matthew tells us that “Jesus was born in Bethlehem of Judea” (Matthew 2:1).

The Nature of the Birth

It had also been prophesied that the special child born in Bethlehem would be both human and divine. Daniel emphasized the Messiah’s humanity when he referred to Him as “the Son of Man” (Daniel 7:13). Isaiah stressed His divinity when He said that the Messiah would be called “Wonderful Counselor, Mighty God, Eternal Father, Prince of Peace” (Isaiah 9:6).

His divine nature was also indicated in other prophecies about His birth. For example, the first Messianic prophecy in the Bible is one spoken by God Himself in the Garden of Eden when He told Satan that he would one day be defeated by the One who would be born of “the seed of woman” (Genesis 3:15). This seems to be a clear indication that the Messiah would be born miraculously through a virgin. Thousands of years later Isaiah specifically prophesied that the birth would occur in this manner: “Behold, a virgin shall be with child and bear a son…” (Isaiah 7:14).

It was further foretold by Isaiah that the Messiah would be given a name that would signify His divinity. He will be called “Immanuel,” said Isaiah, which means “God with us” (Isaiah 7: 14). Six hundred years later when the angel Gabriel appeared to Mary to tell her that she would be the mother of the Messiah, he specified that she was to name the baby Yeshua (Luke 1:31). That name in Hebrew means “God’s Salvation” (Matthew 1:21).

The Celebration of the Birth

The conception and birth of the Messiah were celebrated in some remarkable prophetic hymns. Mary prophesied in a song of rejoicing that the child she had conceived was evidence that God’s “mercy is upon generation after generation” (Luke 1:50). She went on to prophesy that He would “scatter the proud,” “bring down rulers,” “exalt the humble,” and “fill the hungry” (Luke 1:52-53).

Her relative, the priest Zacharias, also sang a prophetic song of celebration when his son, John the Baptist, was born. Referring to the baby in Mary’s womb, he proclaimed that God “has raised up a horn of salvation for us” (Luke 1:69). He then declared that his own son would be called “the prophet of the Most High,” and he prophesied that his son would “go before the Lord to prepare His ways” (Luke 1:76). He concluded his song with one of the most beautiful poetic prophecies concerning the Messiah that can be found anywhere in Scripture: “Because of the tender mercy of our God… the Sunrise from on high shall visit us, to shine upon those who sit in darkness and the shadow of death, to guide our feet into the way of peace” (Luke 1:78-79).

The next prophetic song of celebration was sung on the night of the Messiah’s birth when an angel appeared to the shepherds of Bethlehem and proclaimed: “Behold, I bring you good news of a great joy which shall be for all the people; for today in the city of David there has been born for you a Savior, who is Messiah the Lord” (Luke 2:10-11). That angel was suddenly joined by a multitude of angels who sang a triumphant chorus: “Glory to God in the highest and on earth peace among men with whom He is pleased” (Luke 2:13-14).

The final prophetic song related to the Messiah’s birth was sung by a “righteous and devout” man of Jerusalem by the name of Simeon. The Holy Spirit had come upon him and had revealed to him that he would not die before he saw the Messiah (Luke 2:25-26). He was given that glorious privilege forty days after the Messiah’s birth when the parents of Jesus came to the temple in Jerusalem to dedicate their baby to God.

Simeon took the Christ child in his arms, thanked the Lord, and then sang: “My eyes have seen Your salvation, which You have prepared in the presence of all peoples — a light of revelation to the Gentiles, and the glory of Your people Israel” (Luke 2:30-32).

The Significance of the Birth Prophecies

The fulfillment of all these prophecies in the life of one person, Jesus of Nazareth, is proof positive that He was who He said He was, namely, the Messiah of God (Mark 14:62 and Luke 22:70).

God’s faithfulness in fulfilling each of these prophecies in detail is also significant because it gives us assurance that He will likewise faithfully fulfill all the prophecies He has given to Christians regarding the soon return of Jesus.

A God of Prophecy

Our God knows the future and has the audacity to proclaim it (Isaiah 46:10). He also has the power to see to it that what He proclaims will come to pass (Isaiah 46:11). Most important, He is faithful (1 Corinthians 1:9), so we can rest in His promises.

Let’s rejoice that the Bethlehem birth so long ago is proof positive that the one born there will soon return in glory as the King of kings and the Lord of lords (Revelation 19:16). 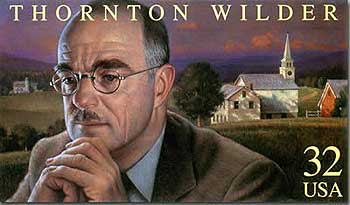 The Address of the Messiah