Is it the essence of the Gospel?

I grew up in a legalistic and sectarian church that considered itself to be the one and only true church. The church had several distinctive doctrines. The use of instrumental music in worship was condemned as unscriptural. The Holy Spirit was viewed as being an inanimate object — namely, the Bible itself. The concept of a future reign of the Lord on the earth was held in contempt. And baptismal regeneration was the group’s concept of salvation. Or, to put it another way, they believed you were saved by the rite of baptism. Accordingly, one of our favorite slogans was, “You meet the blood in the water” (speaking of the blood of Jesus).

We heard only two kinds of sermons. Most were related to what we called “the plan of salvation.” The rest were devoted to proving why we were the one and only true church.

Our plan of salvation consisted of five steps. As kids, we were taught to memorize it while counting the steps on our fingers. It thus was known as “the five finger exercise.” The five steps were “hear, believe, repent, confess and be baptized.”

Our ministers preached this plan over and over again, devoting a full sermon to each step. The culminating sermon — the tour de force — was always the one on baptism. Our preachers were judged by the power of their sermons on baptism. And they were often so moving in their eloquence that members who had already been baptized would march down the aisles during “invitation time” to be baptized again and again — just to make sure they had “got it right.”

Every verse in the Bible that mentioned water was applied to baptism, whether it was applicable or not. As our critics often put it, we were a people with “water on the brain.” The only scripture about baptism that we never heard quoted was the one found in 1 Corinthians 1:17 where the apostle Paul wrote, “Christ did not send me to baptize, but to preach the gospel.” That verse was anathema to us because, as far as we were concerned, baptism was the gospel. 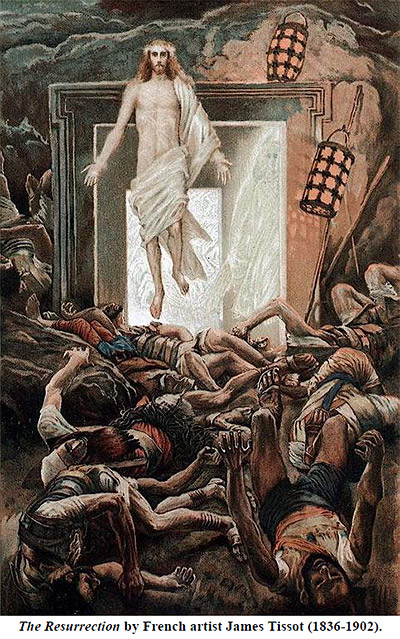 Now keep in mind that this convoluted preaching of the plan of salvation was presented Sunday after Sunday to an audience in which 90% of the people had already responded to the plan — and the rest were pre–teen children who would do so as soon as they reached “the age of accountability” (which for us was about 13). The tragic result was that there was no spiritual growth in the Lord. How could there be? We were fed only pablum — and it was fed to us over and over again.

We learned nothing about spiritual warfare or any of the deeper things concerning the Lord and our walk with Him. We had no concept about how to apply the Bible to our daily lives. We were left to live in the power of our flesh since we knew nothing about the Spirit of God.

As our ministers droned on and on about the plan of salvation, we became “dull of hearing” (Hebrews 5:11). We needed solid food. All we got was milk (Hebrews 5:12). We were stuck on the elementary principles, unable to press on to spiritual maturity (Hebrews 6:1).

Even worse, we had the elementary principles all wrong. We were urging people to put their faith in a plan rather than a Savior. We did not understand that salvation is a matter of a relationship with a person — Jesus of Nazareth. Rather than pointing people to this Man, the Son of God, we asked them to place their faith in a mechanical plan.

The breakthrough (and break away) for me began during my senior year in college in 1959 when my mom and dad gave me a very special Christmas present. It was a copy of The New Testament in Modern English by J. B. Phillips (Macmillan, 1958).

Phillips was an Anglican clergyman who tried to teach the Bible to British teenagers during World War II. He noticed that the Shakespearean language of the King James Bible turned off the kids. So, he decided to prepare his own translation of the assigned scripture passage each week. The kids loved his fresh and modern rendering which was really more of a paraphrase than a translation.

Although I had been taught great respect for the Bible as the Word of God, I too had been turned off by the stilted and archaic language of the King James Version. The Phillips’ Version changed all of that. It brought the Bible alive for me. For the first time, Bible reading became enjoyable — so much so, in fact, that I could not put it down. I read and read and read, and then I would re–read.

I have never been the same since. It’s one of the reasons that I rush to purchase a copy of every new version of the Bible. I always gain fresh insight from each one.

The life changing insight I received from the Phillips’ Version came from my reading of the book of Acts. I began to notice that I had never heard any sermons like the ones recorded there. Take, for example, the first gospel sermon ever preached — the one Peter preached on Pentecost following the Ascension of Jesus (Acts 2:14–42). From beginning to end, the focus of the sermon is Jesus.

Peter began with an assertion that “Jesus of Nazareth was a man proved to you by God himself through the works of power, the miracles and the signs which God showed through him here amongst you…” (Phillips’ Version). In other words, Jesus was God in the flesh. Then Peter boldly asserted that those listening to him were responsible for the murder of Jesus. He then moves to the heart of his sermon:

God raised him to life again — and indeed there was nothing by which death could hold such a man…Christ was not deserted in death and his body was never destroyed. Christ is the man Jesus, whom God raised up — a fact of which all of us are eyewitnesses!” (Phillips’ Version)

As these words make clear, the gospel is not baptism. It is, instead the Resurrection — the triumph of Jesus over death —for this event is what validates Jesus as who He said He was; namely, the Son of God.

The issue of baptism does not come up until after the sermon is finished. In response to the sermon, the people cry out, “What shall we do?” Peter responds by calling upon them to repent and be baptized.

Focusing on the Resurrection

The certainty and glory of the Resurrection, and the hope provided by it, is the central focus of all the sermons recorded in the book of Acts (all quotes below are from the NASB, with emphasis added).

2) The Apostles’ initial preaching in Jerusalem:

3) Peter before the Sanhedrin Council (the spiritual leaders of the Jews):

…let it be known to all of you and to all the people of Israel, that by the name of Jesus Christ the Nazarene, whom you crucified, whom God raised from the dead — by this name this man stands here before you in good health (Acts 4:10).

4) The Apostles preaching in Jerusalem as persecution of the Church increased:

And with great power the apostles were giving testimony to the resurrection of the Lord Jesus, and abundant grace was upon them all (Acts 4:33).

5) Peter before the Sanhedrin again:

The God of our fathers raised up Jesus, whom you had put to death by hanging Him on a cross (Acts 5:30).

6) Stephen before the Sanhedrin:

…Behold, I see the heavens opened up and the Son of Man standing at the right hand of God (Acts 7:56).

7) Peter preaching to Cornelius and his household at Caesarea Maritime:

You know of Jesus of Nazareth…They put Him to death by hanging Him on a cross. God raised Him up on the third day…He arose from the dead (Acts 10:38–40). 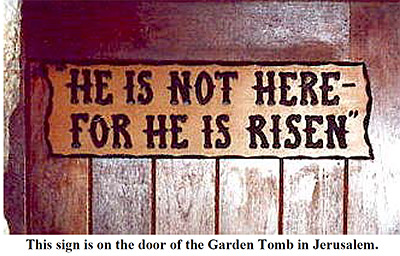 8) Paul at Antioch in Pisidia (during his second missionary journey):

Men of Israel…God has brought to Israel a Savior, Jesus…God raised Him from the dead…God has fulfilled His promise to our children in that He raised up Jesus…(Acts 13:16,23,30,33).

9) Paul in Athens (during his second missionary journey):

He [God] has fixed a day in which He will judge the world in righteousness through a Man whom He has appointed, having furnished proof to all men by raising Him from the dead (Acts 17:31).

…I stand to this day testifying both to small and great, stating nothing but what the Prophets and Moses said was going to take place; that the Christ was to suffer, and that by reason of His resurrection from the dead He would be the first to proclaim light both to the Jewish people and to the Gentiles (Acts 26:22–23). 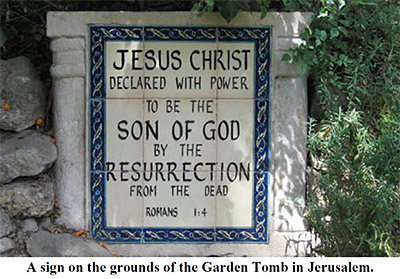 As you can see, the central message, repeatedly, is that “Jesus is risen!” In 1 Corinthians 15, Paul asserts dogmatically that “if Christ has not been raised, then our preaching is vain, your faith also is vain” (verse 14). He then states the same truth again in similar words with great force: “…if Christ has not been raised, your faith is worthless; you are still in your sins” (verse 17). He then declares: “But now Christ has been raised from the dead, the first fruits of those who are asleep” (verse 20).

The bottom line, as Paul so succinctly puts it in Romans 1:4 is that Jesus “…was declared the Son of God with power by the resurrection from the dead…” In short, the Resurrection is the validator of Jesus as Savior and Lord.

Peter echoes this sentiment in 1 Peter 1:3 — “Blessed be the God and Father of our Lord Jesus Christ, who according to His great mercy has caused us to be born again to a living hope through the resurrection of Jesus Christ from the dead…”

Jesus Himself emphasized the significance of His resurrection when He appeared to John on the island of Patmos 65 years after His ascension to Heaven. Jesus said, “Do not be afraid; I am the first and the last, and the living One; and I was dead, and behold, I am alive forevermore, and I have the keys of death and of Hades” (Revelation 1:17–18). 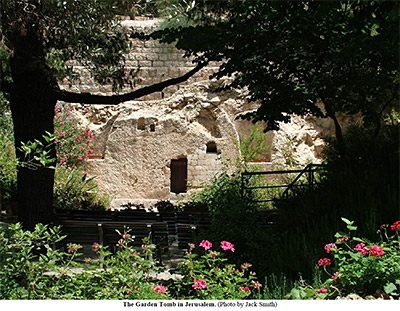 One day soon, Jesus will exercise that authority by resurrecting all the dead who have put their faith in Him. Those alive at that time will be translated — changed from mortal to immortal — in the twinkling of an eye (1 Thessalonians 4:13–18).

Will you be one of those? You will if you place your faith in Jesus. You cannot be saved by placing your faith in a church, a creed or a “plan of salvation.”

Jesus said to her [Martha], “I am the resurrection and the life; he who believes in Me will live even if he dies.” (John 11:25 — spoken by Jesus to Martha at the tomb of Lazarus) 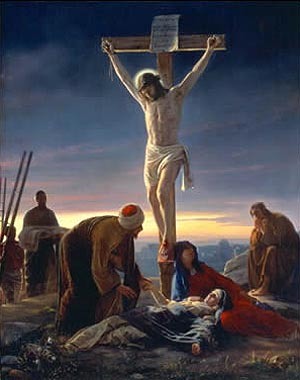 The Passion in Prophecy