The Destiny of the Middle East

Home > Articles > The Destiny of the Middle East

The Destiny of the Middle East

Why has God regathered the Jews to their homeland? What is the likely future of Israel? What does it all mean to the Church? 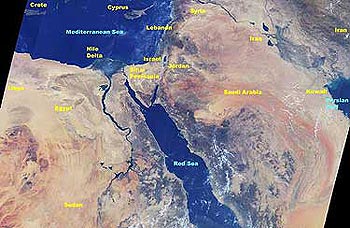 God has regathered the Jews from the four corners of the earth because He has a plan of redemption for a great remnant of them. His plan is to gather them to their homeland and bring all the nations of the world together against them over the issue of the control of Jerusalem.

This will ultimately lead to another holocaust that will be worse than the one perpetrated by the Nazis. Zechariah says that two thirds of the Jews will die (Zechariah 13:8). But out of that horrible experience, the Jews will be brought to the end of themselves, with no one to turn to for help except God. That’s when the remnant will repent of their rejection of the Messiah and will accept Him as their Savior (Zechariah 12:10 and 13:1). The apostle Paul taught this concept in the New Testament in Romans 9-11. He argues that a great remnant of the Jews (Romans 9:27) will turn to the Lord and be saved (Romans 11:25-26).

There are some tough days ahead for the Jews of Israel. I believe the most likely scenario is a major war that will result in Arab missile attacks on Tel Aviv and Haifa. To survive, the Israelis will have to respond with nuclear weapons. This is probably the reason the Bible teaches that Damascus will cease to exist in the end times (Isaiah 17:1-14 and Jeremiah 49:23-27).

With the destruction of Damascus, the Arab world will be thrown into a panic. That’s when they will call for help from their natural ally, the Russians. The Russians will then send a great army to destroy Israel. The Russians will be motivated not only by their ingrained anti-Semitism, but also by their desire to seize all the Arab oil fields in the Middle East.

The Bible says the Russian army will be destroyed supernaturally on the hills of Israel in such a way that even the Israelis will know that they were not responsible for it (Ezekiel 38:17-23 and 39:1-6). At that point the whole world will be thrown into a panic, and that atmosphere of hysteria will provide the perfect opportunity for the Antichrist to step forward with the “perfect” plan for peace in the Middle East.

The Meaning for the Church

The events in the Middle East are proof that God is faithful to His promises. God is fulfilling in detail promises that He made to the Jewish people 2,500 years ago. And as we see each of these promises fulfilled, we can likewise be assured that God is going to fulfill every promise He has made to the Church.

God has promised that one day soon, Jesus will appear in the heavens, the dead in Christ will be resurrected, the living believers will be caught up to meet the Lord in the sky, and both the living and dead will be given new, glorified bodies. We will return to heaven with Jesus where we will be judged of our works to determine our degrees of reward. We will also celebrate our union with Jesus in a great feast that will symbolize the union of the Bride (the Church) with her Bridegroom (Jesus).

We will then return to earth with Jesus to see Him crowned as King of kings and Lord of lords. He will reign over all the world from Jerusalem. We will be scattered all over the world to assist Him in His reign, serving as mayors, governors, presidents, judges, and teachers. We will see the earth flooded with peace, righteousness, and justice as the waters cover the sea.

At the end of His reign, we will be transferred to the new Jerusalem He is preparing now. From that vantage point, we will watch as the earth is superheated with fire, and the pollution of Satan’s last revolt is burned away. Out of that fiery inferno will come a new earth. We will then be lowered down to that new earth inside the new Jerusalem, and God Himself will descend to the new earth to live in our presence forever.

Those are the marvelous promises that have been made to what the Bible calls “overcomers” (Revelation 21:1-7) that is, to those who have placed their faith in Jesus as Lord and Savior (1 John 5:1-5). As I witness God fulfilling His promises to the Jews, my hope soars concerning the promises God has made to the Church. I know He will fulfill every one of them.

The events in the Middle East are a testimony to God’s unfathomable grace. Think about it for a moment — any god created by the mind of Man would have annihilated the Jews a long time ago. Only a God of grace would have put up with the Jews and continued to love them. Their own prophets refer to them as “stiff necked,” “stubborn,” and “rebellious.” Yet, despite their rejection of God as king of their nation, and their rejection of His Son as king of their hearts, God continues to love them and pursue them with the intention of bringing a great remnant to salvation. That’s grace.

When I first started preaching about the Jews, my wife came to me and said, “When you emphasize how much God loves the Jews, you make me want to be a Jew.” I made two points in response. First, I told her that she really didn’t want to be a Jew because if she were one, the overwhelming odds are that she would have a spiritual veil over her eyes that would keep her from recognizing Jesus as her Messiah. Then I made an even more important point. I stated that God is not doing one thing for the Jews that He is not willing to do for everyone.

The Jews continue to this day to be witnesses of God. Their history shows what it means to have a relationship with God. When they are faithful, He blesses. When they are rebellious, He disciplines. When they repent, He forgives and forgets and starts blessing again. And so it is with any person or nation.

The Jews are currently under discipline. They have not yet repented, and they therefore do not deserve to be regathered to their homeland. They do not merit God’s love and care. But neither do you or I. The only thing any of us deserve is death. We have hope only because our God is a God of grace.

The events in the Middle East are evidence that Jesus is returning soon. The Bible says that Jesus will return when the Jews are back in their homeland and their capital city. It also says that it will be a time when all the world has come together against Israel over the issue of the control of Jerusalem.

The Jewish state was re established on May 14, 1948. The Jews re occupied the city of Jerusalem on June 7, 1967. Since 1991, all the world has been pressuring the Israeli government to surrender all or part of Jerusalem. The fulfillment of these prophecies makes it clear that we are on the threshold of the Tribulation. That means the Rapture of the Church is imminent. Jesus is at the very gates of Heaven, waiting for His Father’s command to return. We are living on borrowed time.

Pray for the peace of Jerusalem (Psalm 122:6), and remember, that when you do so, you are really praying for the return of Jesus, for Jerusalem will not enjoy true peace until the Prince of Peace returns. 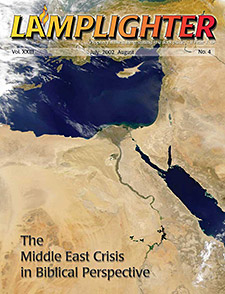 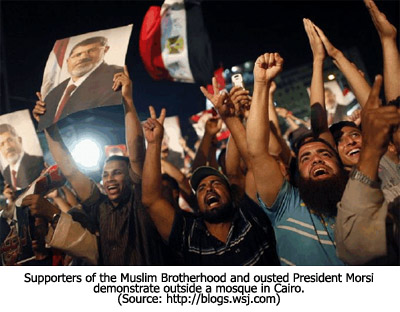