Has the Church replaced Israel? 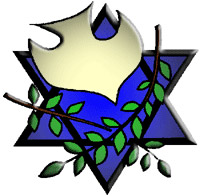 The argument that the Church is the fulfillment of all the Bible’s kingdom prophecies is not the only error of Amillennialism. An equally serious one is the assertion that the Church has replaced Israel. This is called Replacement Theology.

The argument usually goes like this: “Since the Jews rejected Jesus as their Messiah, God rejected them. He poured out His wrath upon them, scattered them all over the earth, and transferred the promises made to them to ‘Spiritual Israel,’ the Church. God has no purpose left for the Jews. The re-establishment of modern day Israel is, therefore, merely an accident of history with no spiritual meaning.”

This viewpoint is held by most of the old mainline, liberal denominations like the Methodists, Presbyterians, and Episcopalians. It is also held by some conservative groups like the Churches of Christ and the Church of God of Anderson, Indiana. Advocates of the view can even be found among Southern Baptists, although most Baptists would reject it.

I would contend that the view is thoroughly unbiblical.

The Jews’ Position with God

There is no doubt that God poured out His wrath on the Jewish people in the First Century in response to their rejection of His Son, Jesus, as their Messiah. And there is no doubt they have remained under the discipline of God to this day. But that does not mean they have been rejected by God.

God loves the Jewish people, even in their rebellion. In the everlasting Abrahamic Covenant, God told Abraham that He would bless those who bless Israel and curse those who curse them (Genesis 12:3). In like manner, He told the prophet Zechariah that he who touches Israel, “touches the apple of His eye” (Zechariah 2:8).

“But,” say the Amillennialists, “all these promises were annulled by the Jews’ rejection of Jesus as their Messiah.” This assertion explains why chapters 9 through 11 of Romans have been the most ignored and despised chapters of the New Testament throughout Church history. Often, these chapters are simply dismissed as an “irrelevant parenthesis” in the book of Romans.

But the truth is that they are anything but that. In these chapters Paul uses the Jewish people as the quintessential example of God’s grace. Despite their history of rebellion against God’s will, and their continuing rebellion, Paul teaches that God still loves them, still has a purpose for them, and is still determined to bring a great remnant of them to salvation in Jesus.

In fact, Paul repudiates Replacement Theology before he even gets to these chapters. He begins chapter 3 with two rhetorical questions:

Historically the Church has answered the first question with a “No!” despite the fact that Romans 1:16 says pointedly that the Gospel is God’s power of salvation for “the Jew first.”

With regard to the second question, the Church has consistently answered with a resounding “Yes!” arguing that God has “washed His hands of the Jews” because of their unbelief.

But how does the Apostle Paul answer these questions? He responds in exactly the opposite way. He declares that the Jews do have an advantage because “they were entrusted with the oracles of God” (Romans 3:2). This is a reference to the fact that every book of the Bible (yes, I would include the Gospel of Luke and the book of Acts) was written by a Jew. With regard to the second question as to whether or not God has rejected the Jews, Paul responds with great emotion, “May it never be!” (Romans 3:4).

“…my brethren, my kinsmen, according to the flesh, who are Israelites, to whom belongs the adoption as sons and the glory and the covenants and the giving of the Law and the temple service and the promises…”

Note that Paul is talking about physical Jews, not spiritual ones, and note that he refers to the continuing validity of God’s promises to them. In Romans 9:27 he refers to the Old Testament promise that God will one day save a great remnant of the Jews, specifically quoting Isaiah 10:22.

He begins chapter 11 with another rhetorical question: “I say then, God has not rejected His people, has He?” For 2,000 years the Catholic Church has answered this question with a dogmatic “Yes!” When the Reformation occurred, the resulting Protestant churches joined in the chorus. But Paul answers it by saying, “May it never be …God has not rejected His people whom He forenew” (Romans 11:1-2).

Again, he affirms that a remnant will be saved (Romans 11:5) by grace after “the fullness of the Gentiles has come in” to the Church (Romans 11:25). Then, as Paul considers the stubbornness of his brethren in contrast to the patient, lovingkindness of God toward them, he cries out from his heart, “Oh, the depth of the riches, both of the wisdom and knowledge of God! How unsearchable are His judgments and unfathomable His ways!” (Romans 11:33).

It is only when you understand how much God loves the Jewish people and how determined He is to bring a great remnant to salvation, that you can begin to understand what is going on in the Middle East today. The Bible clearly reveals that the 20th Century regathering of the Jewish people from the four corners of the earth back to their homeland is a supernatural act of God that is the first step in bringing about the salvation of a remnant (Isaiah 11: 10-12).

Specifically, the Scriptures teach that once the Jews are regathered in unbelief and their nation is re-established, God will bring all the nations of the earth against them over the issue of who is going to control Jerusalem (Zechariah 12:2-3). The hatred of the Jews and the opposition to their state will climax during the last half of the Tribulation when the Antichrist will turn against them and attempt to annihilate them from the face of the earth (Revelation 12:12-17). During this terrible period of three and a half years, the Antichrist will succeed in killing two-thirds of the Jewish people (Zechariah 13:8).

That’s the bad news. But the incredibly good news is that those remaining will be brought to the end of themselves, and in their total desperation, they will turn their hearts toward God. At that moment, Jesus will appear in the heavens, and the Jewish remnant “will look upon Him whom they have pierced; and they will mourn for Him, as one mourns for an only Son, and they will weep bitterly over Him, like the bitter weeping over a first born” (Zechariah 12:10). They will call upon the name of the Lord (Joel 2:31-32), and they will cry out, “Baruch Haba Bashem Adonai!” meaning, “Blessed is He who comes in the name of the Lord!” (Matthew 23:38-39).

When I first started preaching about God’s love for the Jewish people and His determination to pursue them until a great remnant repents and accepts His Son as their Messiah, my wife said to me, “You make me want to be a Jew.”

“No,” I responded, “you don’t want to be a Jew because the overwhelming odds are that if you were a Jew, you would have a spiritual veil over your eyes (2 Corinthians 3:14), and you would refuse to acknowledge Jesus as your Messiah.”

And then I made a point to her that I encouraged her never to forget: “Ann, God is not doing one thing for the Jewish people that He is not willing to do for all of us.”

Keep in mind, the Jewish people are God’s Chosen People (Deuteronomy 7:6). That does not mean they are saved. Rather, it means they were called by God to be witnesses of Him (Isaiah 43:10-12). Accordingly, when you study their history, you can come to an understanding of what it means to have a relationship with God. Their history shows that when you are faithful, God blesses. When you rebel, He disciplines. And when you repent, He forgives and forgets and starts blessing again (read the book of Judges).

Currently, the Jewish people are under discipline. They have been for two thousand years. But one day soon their eyes will be opened to the reality of Jesus as their Messiah. When that happens, they will be overcome with grief, they will be swept by repentance, and a great remnant will be saved by grace through faith.

God’s continuing love for the Jews despite their persistent spiritual rebellion is a great demonstration of the meaning of grace — second only to the Cross itself. People often say to me, “How could God possibly be behind the worldwide regathering of the Jewish people when they are still caught up in unbelief? The only thing they deserve is death.”

But that is exactly the point. The only thing any of us deserve is death. But “God so loved the world that He gave His only begotten Son, that whoever believes in Him should not perish, but have eternal life” (John 3:16).

We can thank God that those of us who have put our faith in Jesus will never receive what we deserve. Praise God for His amazing grace! And praise Jesus for His willingness to suffer and die so that we might be reconciled to the Father. 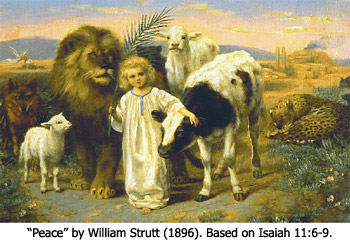