Home > Articles > The Fate of Islam in Bible Prophecy

Will Islam be the religion of the Antichrist? 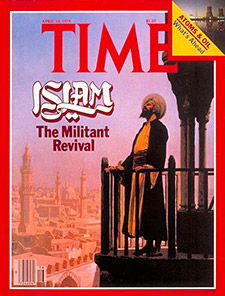 There is much about the Arabs in Bible prophecy, but the Bible is relatively silent about Islam. This may seem to be a strange statement to some because many people identify the Arabs with Islam.

It is true that most Arabs are Muslims, but not all. There are, for example, Christian Arabs. But the Arab world (approximately 300 million people) constitutes a minority of the 1.4 billion people in the Muslim world. The largest Muslim country in the world is Indonesia (242 million). Other large non-Arab Muslim countries include Pakistan (162 million) and Bangladesh (144 million). Countries in the Middle East that are Muslim but not Arab include Turkey (70 million) and Iran (68 million).

Concerning the Arabs, the Bible tells us that they will come against Israel in the end times and try to take its land. God will respond by rendering the Arab lands desolate (Ezekiel 35:6-7, 15), probably through the military campaigns of the Antichrist.

But the future for the Arabs is not all bleak. Like the Jews, a remnant of the Arabs will emerge from the Tribulation with their hearts turned to the one and only true God, Yahweh (Jeremiah 12:14-17).

The most remarkable prophecy concerning the future salvation of an Arab remnant is contained in Isaiah 19:16-25. Isaiah says that when the Lord strikes Egypt and Assyria, they will turn to Him and He will have compassion on them and “heal them.” Isaiah then presents an incredible picture of Egypt, Assyria, and Israel living together in peace, worshiping the same God!

With regard to Islam in general, the only clear prophecy I see about it in the Scriptures has to do with the end time invasion of Israel that will be led by Russia (Ezekiel 38 and 39). The Bible states that Russia will be accompanied by certain specified allies (Ezekiel 38:1-6). The allies include Persia (modern day Syria, Iraq, Iran, and Afghanistan), Ethiopia, Put (Libya), Gomer (Western Turkey), and Beth-togarmah (Eastern Turkey). As you can see, all of these are countries with a Muslim majority.

Ezekiel 39 reveals that these forces will be destroyed supernaturally by God upon the hills of Israel (Ezekiel 38:18-23 and 39:3-6). Even the Jewish people will realize that the forces were destroyed by God (Ezekiel 38:23 and 39:7).

Some Bible prophecy teachers are now asserting the belief that Islam will serve as the end time world religion of the Antichrist. This assumption is based in part on the fact that some Muslims are looking forward to the appearance of a Messiah called the Mahdi, and because of this expectation, some theorize that the Muslim world will rally to the Antichrist when he appears, thinking that he is their Mahdi.

I don’t believe this expectation is valid. First of all, the concept of a Mahdi is held by less than ten percent of all Muslims. It is an aspect of Shiite eschatology, not the vast majority of Muslims who are Sunnis.

Second, the Bible teaches that the Antichrist will be of Roman descent and will rise to power in Europe. I can’t imagine the Muslim world rushing to endorse any European leader. Africa, Asia, and Latin America have spent the past 200 years divesting themselves of European colonial rule. They are not going to willingly submit themselves to such rule again, regardless of how dynamic, charismatic, and wise the Antichrist may prove to be.

There is a third problem with the idea that the Antichrist will utilize Islam as his world religion. I believe the Bible teaches that the initial religion that the Antichrist will use is Catholicism. This seems to be the teaching of Revelation 17 where the religion of the end times is represented by a whore who is “drunk with the blood of the saints and with the blood of the witnesses of Jesus” (Revelation 17:6). She is pictured as being seated on “seven mountains” (Revelation 17:9). This is imagery which, in the apostle John’s time, could only be referring to Rome. This identification is affirmed at the end of the chapter when John asserts that the woman is also “the great city which reigns over the kings of the earth” (Revelation 17:18). Again, in John’s time, this could only be a reference to Rome.

The Bible further indicates that at some point in the Tribulation, possibly at its mid-point, the Antichrist will turn against the Catholic Church and destroy it, probably because it becomes a threat to his absolute power (Revelation 17:16). He and his False Prophet will then create a new religion that will mandate the worship of the Antichrist as god on earth (Revelation 13:11-17).

Of all the world’s religions, Islam is the most intolerant. It simply will not tolerate the existence of other religions in areas that it controls. I cannot even imagine any European leader associated with the Catholic Church being able to secure the allegiance of Muslims. I believe, instead, that the Muslim world will revolt against any attempt of the Antichrist to bring them within his domain. The result will be a war (Revelation 6) that will ultimately escalate into an all-out nuclear conflagration (Revelation 8 and 9). These wars result in the death of half of humanity during the first three and a half years of the Tribulation.

In summary, I believe the most likely scenario of the end times is one whereby God will unleash the Antichrist on the Muslim world and will judge them through him. The Antichrist will be successful. We are told in Revelation 13:7-8 that he will become the first true dictator over all the world because he will achieve “authority over every tribe and people and tongue and nation” (Revelation 13:7).

The Antichrist’s victory will be a Pyrrhic one. A third or more of the earth will be left in ruin. And the one-half of humanity left alive will suffer radiation poisoning, resulting in people covered with sores that will not heal (Revelation 16:2 and 11).

At the middle of the Tribulation, when the Antichrist desecrates the Temple in Jerusalem and declares himself to be god, the Jews will reject him, and he will become obsessed with annihilating them during the last three and a half years of the Tribulation (Revelation 12:13-17). He will be successful in killing two-thirds of them (Zechariah 13:7-9).

While he is obsessed with the Jews, the Bible indicates that his worldwide empire will fall apart at the seams. The nations of Asia will revolt against him, sending an army of 200 million to overthrow him (Revelation 9:13-18, Revelation 16:12, and Daniel 11:44-45).

So, in summary, I would contend that Islam will suffer its judgment during the Tribulation when it refuses to accept the Antichrist as the world’s leader.