Home > Articles > The Interpretation of Prophecy

An exercise in imagination or the application of plain sense?

When I was about 12 years old, I stumbled across Zechariah 14. It was an amazing discovery. You see, I grew up in a church where we were told over and over that “there is not one verse in the Bible that even implies that Jesus will ever set His feet on this earth again.”

When His feet touch the ground, the mount will split in half. The remnant of Jews left in the city will take refuge in the cleavage of the mountain. The Lord will then speak a supernatural word, and the armies surrounding Jerusalem will be destroyed in an instant.

Verse 9 declares that on that day “the Lord will be king over all the earth.”

When I first discovered this passage, I took it to my minister and asked him what it meant. I will never forget his response. He thought for a moment, and then He said, “Son I don’t know what it means, but I’ll guarantee you one thing: it doesn’t mean what it says!”

For years after that, I would show Zechariah 14 to every visiting evangelist who came preaching that Jesus would never return to this earth. I always received the same response: “It doesn’t mean what it says.” I couldn’t buy that answer.

Finally, I ran across a minister who was a seminary graduate, and he gave me the answer I could live with. “Nothing in Zechariah means what it says,” he explained, “because the whole book is apocalyptic.”

Now, I didn’t have the slightest idea what “apocalyptic” meant. I didn’t know if it was a disease or a philosophy. But it sounded sophisticated, and, after all, the fellow was a seminary graduate, so he should know.

When I began to preach, I parroted what I had heard from the pulpit all my life. When I spoke on prophecy, I would always make the point that Jesus will never return to this earth. Occasionally, people would come up after the sermon and ask, “What about Zechariah 14?” I would snap back at them with one word: “APOCALYPTIC!” They would usually run for the door in fright. They didn’t know what I was talking about (and neither did I).

Then one day I sat down and read the whole book of Zechariah. And guess what? My entire argument went down the drain!

That was the day that I stopped playing games with God’s Prophetic Word. I started accepting it for its plain sense meaning. I decided that:

“if the plain sense makes sense, I would look for no other sense, lest I end up with nonsense.”

A good example of the nonsense approach is one I found several years ago in a book on the Millennium. The author spiritualized all of Zechariah 14. He argued that the Mount of Olives is symbolic of the human heart surrounded by evil. When a person accepts Jesus as Savior, Jesus comes into the person’s life and stands on his “Mount of Olives” (his heart). The person’s heart breaks in contrition (the cleaving of the mountain), and Jesus then defeats the enemy forces in the person’s life.

Hard to believe, isn’t it? When people insist on spiritualizing the Scriptures like this, the Scriptures end up meaning whatever they want them to mean.

I believe God knows how to communicate. I believe He says what He means and means what He says. I don’t believe you have to have a doctorate in hermeneutics to understand the Bible. The essentials, instead, are an honest heart and the filling of God’s Spirit (1 Corinthians 2:10-16).

One crucial key is to approach the Scriptures with childlike faith. Dr. Henry Morris addresses this issue in his great commentary on Revelation, called The Revelation Record. He says, “Revelation is not difficult to understand. It is difficult to believe. If you will believe it, you will understand it.”

For example, in Revelation 7 it says that at the start of the Tribulation God is going to seal a great host of Jews to serve as His special “bond-servants.” The text specifies that the number will be 144,000, and that 12,000 will be selected from each of 12 specified tribes.

Now, I ask you: What would God have to do to convince us that He intends to set aside 144,000 Jews for special service during the Tribulation? The text is crystal clear. Yet, hundreds of commentators have denied the clear meaning and have spiritualized the passage to make it refer to the Church! This is reckless handling of God’s Word, and it produces nothing but confusion.

The Meaning of Symbols

“But what about symbols?” some ask. Another crucial key is to keep in mind that a symbol stands for something, otherwise it would not be a symbol. There is always a literal reality or plain sense meaning behind every symbol.

Jesus is called “the rose of Sharon.” He is not referred to as “the tumbleweed of Texas.” The image that a rose conjures up is something beautiful; a tumbleweed is ugly.

At other times, a simple search of the Scriptures will reveal the meaning of a symbol. Consider the statement in Revelation 12:14 where it says that the Jewish remnant will escape from the Antichrist into the wilderness “on the two wings of the great eagle.”

Is this a literal eagle? Is it an air lift provided by the U.S.A. whose national symbol is an eagle?

A concordance search will show that the same symbolism is used in Exodus 19:4 to describe the flight of the children of Israel as they escaped from Egypt. The symbol, as Exodus 19 makes clear, is a poetic reference to the loving care of God.

The Importance of Context

Another key to understanding prophecy is one that applies to the interpretation of all Scripture. It is the principle that the meaning of words is determined by their context.

I ran across a good example of this problem recently in a book in which the author was trying to prove that Jesus is never coming back to reign upon this earth. Such a position, of course, required him to spiritualize Revelation chapter 20 where it says six times that there will be a reign of the Lord that will last one thousand years.

In this author’s desperate attempt to explain away the thousand years, he referred to Psalm 50:10 where it says that God owns “the cattle on a thousand hills.” He then asked, “Are there only one thousand hills in the world?” He answered his question, “Of course not!” He then proceeded to explain that the term is used figuratively. But then he made a quantum leap in logic by proclaiming, “therefore, the term, ‘one thousand,’ is always used symbolically.”

Not so. It depends on context. In Psalm 50 the term is clearly symbolic. But in Revelation 20, it is not so. Again, the thousand years is mentioned six times. What would the Lord have to do to convince us that He means a thousand years? Put it in the sky in neon lights? Pay attention to context!

An additional key to understanding prophecy is one that applies to all Scripture. It is the principle of searching out everything that the Bible has to say on a particular point.

Avoid hanging a doctrine on one isolated verse. All verses on a particular topic must be searched out, compared, and then reconciled.

Let me give you a prophetic example. Second Peter 3:10 says that when the Lord returns, “the heavens will pass away with a roar…and the earth and its works will be burned up.” Now, if this were the only verse in the Bible about the Second Coming, we could confidently conclude that the heavens and earth will be burned up on the day that Jesus returns.

But, there are many other verses in both the Old and New Testaments, which make it abundantly clear that the Lord will reign over all the earth before it is consumed with fire. Those verses must be considered together with the passage in 2 Peter 3 in order to get the correct overall view.

There are some special problems related to prophetic interpretation. One is that prophecy is often prefilled in symbolic type before it is completely fulfilled.

In this regard, I feel certain that the Jewish people must have felt that Antiochus Epiphanes fulfilled Daniel’s prophecies about a tyrannical leader who would severely persecute the Jews. But 200 years after Antiochus, Jesus took those prophecies of Daniel and told His disciples they were yet to be fulfilled.

Another example is the sign which Isaiah gave to King Ahaz to assure him that the city of Jerusalem would not fall to the Syrians who had it under siege. The sign was that a young woman would give birth to a son whose name would be called Immanuel (Isaiah 7:1-19). The passage certainly implies that such a boy was born at that time.

But hundreds of years later, Matthew, by inspiration of the Holy Spirit, reached back to Isaiah’s prophecy and proclaimed that its ultimate fulfillment was to be found in the virgin birth of Jesus (Matthew 1:22-23).

Another peculiar feature of prophetic literature is called “telescoping.” This occurs when a prophet compresses the time interval between two prophetic events. This phenomenon is very common.

The reason for it has to do with the perspective of the prophet. As he looks into the future and sees a series of prophetic events, they appear to him as if they are in immediate sequence.

It is like looking down a mountain range and viewing three peaks, one behind the other, each sequentially higher than the one in front of it. The peaks look like they are right up against each other because the person viewing them cannot see the valleys that separate them.

These three events — the First Coming, the setting aside of Israel, and the reign of Christ — appear to occur in quick succession, but in reality, there were 40 years between the first two events, and there have been over 1,900 years thus far between the second and third events.

Another way of viewing the phenomenon of telescoping is to focus on what are called “prophetic gaps.” These are the time periods between the mountain peak prophetic events.

Because the Old Testament rabbis could not see the gap between the first and second comings of the Messiah, some theorized that there would be two Messiahs — a “Messiah ben Joseph” who would suffer and a “Messiah ben David” who would conquer. From our New Testament perspective we can see that the Old Testament prophets were speaking of one Messiah who would come twice. We can see the gap between the two comings.

I ask you: How do you treat Zechariah 14 — as fact or fiction? Are you guilty of playing games with God’s Word in order to justify sacred traditions and doctrines of men?

I challenge you to interpret God’s Word — all of it — for its plain sense meaning. As you do so, you are very likely to find yourself challenged to discard old doctrines and to adopt new ones. This will be a painful process, but it will be a fruitful one, for you will be blessed with the truth of God’s Word.

“If you abide in My word, then you are truly disciples of Mine; and you shall know the truth, and the truth shall make you free” (John 8:31-32). 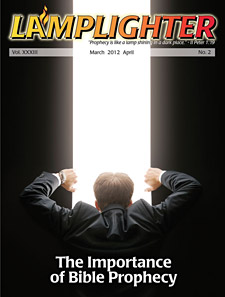 The Importance of Bible Prophecy 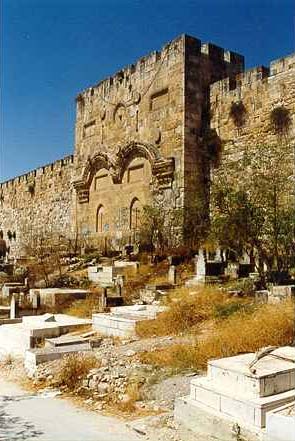