Has the family tomb of Jesus been found? 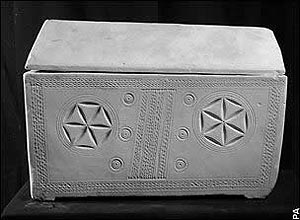 In February Oscar-winning director, James Cameron (The Titanic), and his counterpart, Emmy award-winning documentary film maker, Simcha Jacobovici, held a press conference in New York to promote a film they had produced for the Discovery Channel entitled The Lost Tomb of Jesus.

Displaying some ossuaries (bone boxes) discovered in Jerusalem, they claimed that the boxes came from “the family tomb” of Jesus and that one of the boxes actually contained the bones of Jesus.

Needless to say, this announcement caused a sensation — not among the general public, but among professional archeologists. The general public seemed to yawn and dismiss the whole show as nothing but a bunch of Hollywood hype. Archeologists, on the other hand, reacted in fury. They were outranged that two amateurs who know little or nothing about archeology would have the audacity to make such absurd claims.

You see, the discovery was nothing new. The tomb and its contents were discovered in 1980 by some construction workers who were digging a foundation for a new building in Jerusalem. The find was immediately turned over to a team of professional archeologists headed up by Professor Amos Kloner of Bar-Ilam University in Israel.

The tomb contained ten limestone ossuaries. Six of the ten had names scratched on them: Jesus the son of Joseph, Matthew, Jofa, Judah the son of Jesus, and two with the name of Mary.

Professor Kloner never made any attempt to associate this find with Jesus of Nazareth. His reasons were quite simple. First, the father of Jesus was a humble carpenter who could not have afforded a luxury crypt for his family. Second, the name of Jesus was so common among Jews in the First Century that it appears on 98 other tombs and 21 other ossuaries. (See the special note at the end of this article).

Professor Kloner responded to the claims of Cameron and Jacobovici as “nonsense.” “It makes a great story for a TV film,” he said, “but it is impossible.” He added: “There is no likelihood that Jesus and his relatives had a family tomb. They were a Galilee family with no ties to Jerusalem. This tomb belonged to a middle-class family… I refute all their claims and efforts to waken a renewed interest in the finding. With all due respect, they are not archeologists.”

There are other factors to be taken into consideration in evaluating the claims of Cameron and Jocobovici. For one thing, there is no historical record of Jesus ever being referred to by His followers as “Jesus, the son of Joseph.” To His disciples He was “Jesus of Nazareth, the Son of God.”

Nor did His family live in Jerusalem. Their residence was 70 miles north in the village of Nazareth, located in the Galilee of Israel. At the time Jesus was killed, He was a pilgrim in Jerusalem — thus the necessity to bury Him in a borrowed tomb, not a family tomb.

Cameron and Jacobovici tried to buttress their claim with a reference to DNA testing. But all the DNA tests showed is that some of the people buried in the tomb were related, and some were not.

Joe Zias, who was the curator for anthropology and archaeology at the Rockefeller Museum in Jerusalem from 1972 to 1997, and who personally catalogued the ossuaries, was very harsh in his evaluation of the claims made by Cameron and Jacobovici: “Simcha has no credibility whatsoever… He’s pimping off the Bible… Projects like these make a mockery of the archeological profession.”

Perhaps the best summary quoted in the press was by Pastor Nick Stewart of the Lighthouse Free Will Baptist Church in Victoria, Texas. He said: “It is ludicrous to believe this is anything more than a Hollywood attempt to malign the faith during the Easter season. It is the same tired nonsense that they tried with The Da Vinci Code. The thought of a righteous, risen Savior and Judge who contradicts their worldly lifestyle is more than they can stand.”

Oh yes, there is one more point that should be made. Regardless of where the tomb of Jesus may be, we know for certain from the testimony of many eye-witnesses that it is empty. In short, no one is ever going to find the bones of Jesus. Praise the Lord!

The reason the name of Jesus was so common in the First Century is because Orthodox Jews tended to name their children after biblical heros, and one of the greatest was Joshua. The name of Joshua in Hebrew is exactly the same as the name of Jesus. Both names in Hebrew are Yeshua. Why, then, do the names appear differently in English?

So, one name is a transliteration from Hebrew; the other, from Greek. 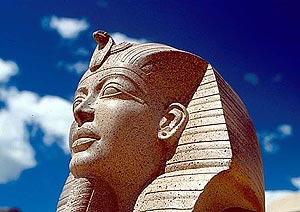 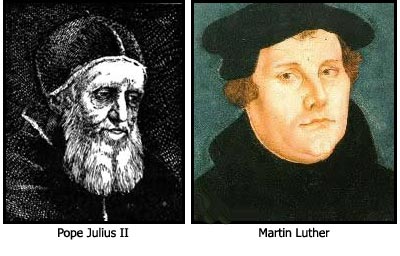 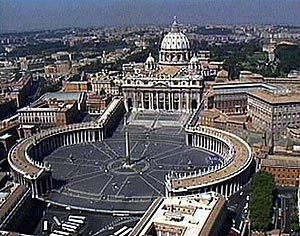