The Letters to the Seven Churches

The Letters to the Seven Churches

Do they have any prophetic significance? 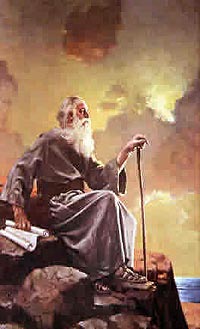 The church at Ephesus is representative of the apostolic period from 30 A.D. to 95 A.D., when the Church was concerned about organization and doctrine to the point that it became legalistic.

Then we have the liberal church of Pergamum representing the apostate church that existed from 312 to 590. This period developed after the Emperor Constantine was converted and the Church and the state were welded together. As is always the case in such unions, the state began to corrupt the Church.

The church at Thyatira represents the dark, pagan period from 590 to 1517 when the papacy developed and the Church became full of Babylonian occultic practices. When we come to the Reformation in 1517, we think of it as a time of life. But it was only partially so. The Reformation produced the Protestant state churches of Europe — churches that had a reputation for being alive but were really dead because of their union with the state.

So the church of Sardis, the dead church, with the reputation for being alive, represents the post-Reformation period from 1517 to about 1750.

The opposite of Sardis is the church at Philadelphia, the alive church. It represents the period of church history from about 1750, when the Church began to send missionaries out all over the world, until about 1925, when the German School of Higher Criticism invaded seminaries worldwide and destroyed many people’s faith in the Word of God. As a result, people began to look upon the Bible, not as the revealed Word of God, but as man’s search for God, and therefore they decided it was full of myth, legend and superstition.

Church at Laodicea — The Contemporary Church

The Church of today is represented by the church of Laodicea, a church that says to the world, “I am rich, and have become wealthy, and have need of nothing” (3:17). But Jesus says to that church, “You are wretched and miserable and poor and blind and naked” (3:17). It is a worldly, apathetic, apostate church that will not even let Jesus in the front door (3:20).