The Miracle of the Incarnation

Home > Articles > The Miracle of the Incarnation

The Miracle of the Incarnation

The Most Unique Miracle

I was recently thinking about the miracles of God, and I decided to make a list of what I considered to be the greatest miracles of history. Below is the list I compiled:

As I pondered this list, something struck me that I had never thought of before. In terms of Bible prophecy, there is only one miracle on the list that is unique.

And it is not the one that most people would identify — namely, the Resurrection of Jesus. Many do not consider it to be unique because there are examples scattered throughout both the Old and New Testaments of people who were raised up from the dead.

But these were not true resurrections. Instead, they were resuscitations because each one of these people died again. A true resurrection is where a person comes back from the dead to live forever.

Thus, Jesus’ resurrection is unique for the time being. But Bible prophecy says that it will not remain unique, for a time is coming when other resurrections will occur. At the Rapture of the Church, all those who have accepted Jesus as Lord and Savior during the Church Age and who have died, will be resurrected to eternal life. Further, at the Second Coming of Jesus at the end of the Tribulation, all the Old Testament saints and Tribulation martyrs will be resurrected.

So, what about the first item on the list? Surely the creation of the earth is a unique miracle. Well, not according to Bible prophecy. Following the Millennial reign of Jesus, God is going to envelop this earth in fire to burn away the pollution of Satan’s last revolt (2 Peter 3:12). And we are told that out of that fiery inferno is going to come a new, perfected earth that will serve as the eternal home of the Redeemed. In other words, God is going to perform a miraculous re-creation of this earth (Rev. 21:1).

The next item on the list, the Noahic Flood, certainly looks unique, particularly when you consider the fact that God has promised He will never again destroy the earth with water.

But what was the flood all about? It was a manifestation of God’s wrath in response to the overwhelming sin of Mankind.

And Bible prophecy says that God is going to unleash His wrath once again in the future when the world will become as violent and immoral as it was in the days of Noah (Matthew 24: 37). We are told that God will respond to this wickedness by pouring out His unmitigated wrath during a period of seven years called the Tribulation (Revelation 6-19).

The Regathering of the Jews

So, what about the regathering of the Jewish people from the four corners of the world? This is a miracle that began in the 1890s and continues to this day.

It is true that there was a regathering of Jews from Babylonian captivity that began in 538 BC, but that was only a handful, namely from the tribes of Benjamin and Judah. It cannot be compared to the regathering we are witnessing today as God is bringing back to the land of Israel literally millions of Jews from all the tribes and from all the nations of the world.

Two times, Jeremiah prophesied that when history is over and done, the Jewish people will look back and will no longer swear by the God who delivered them from Egyptian captivity; but they will swear instead by the God who regathered them from all over the world (Jeremiah 16:14-15 and 23:7-8). The same God did both. The point Jeremiah is making is that the Jewish people will consider their regathering in the end times to be a greater miracle than their deliverance from Egyptian captivity.

But the regathering of the Jewish people we are witnessing today will not be a unique miracle according to Bible prophecy. That’s because the Bible says that at the Second Coming of Jesus, He will conduct another regathering in which He will call every believing Jew left alive on earth to return to Israel to enter the Millennium in their mortal bodies and to become the prime nation on earth through whom all of God’s blessings will flow (Deuteronomy 30:1-9).

Well, as you can see, this leaves only one miracle left on my list — the Incarnation, that incredible moment when God became Man. This is the only unique miracle on the list. It will never be repeated.

When He became flesh, He experienced humanity, with all its trials, temptations and disappointments. He suffered emotional and physical pain. The only thing He never experienced was the grief of sin — until, of course, He was nailed to the Cross and had all the sins of Mankind placed upon Him, at which point He experienced a momentary break in His perfect communion with God the Father, prompting Him to cry out from the depths of His soul, “My God, My God, why have You forsaken Me?” (Matthew 27:46).

All of this is beyond our full comprehension. After all, if we could fully understand the Trinity and the Incarnation, then God would not be God. His infinite, eternal nature as one God in three persons is beyond our finite minds.

The Incarnation emerges, therefore, as the most unique miracle of history. It will never occur again. Jesus is still in His resurrected, glorified body, and always will be. The wounds in His hands and side were visible to His disciples after His resurrection, when He was in His glorified body (Luke 24:39 and John 20:24-28).

I believe those wounds will always be there as a reminder to the Redeemed of the price that had to be paid for our sins to enable us to be reconciled to God the Father.

This Christmas, in the midst of all the hoopla that the celebration has become, let’s remember what Christmas is all about — God becoming Man in a humble stable in the tiny village of Bethlehem some 2,000 years ago. Let’s praise God for that incredible, sacred event, and let’s shout, “Maranatha! Come quickly, Lord Jesus!” 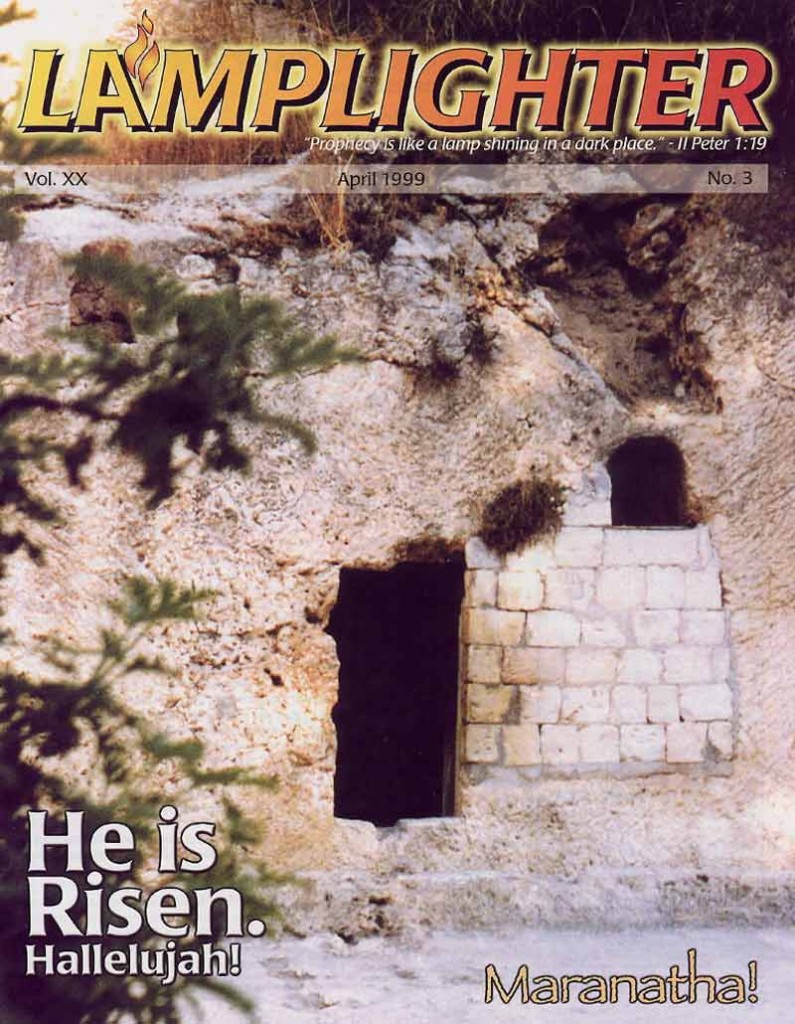