Are they victims of Jewish oppression or pawns in an Arab conspiracy? 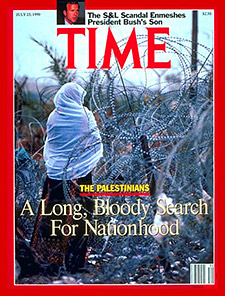 A good friend of mine who is a missionary recently wrote to me to express his concern over my strong support of Israel in its struggle with the Arabs. He expressed compassion for the Palestinians, and stated that he felt like I was being unfair toward them.

I responded as follows:

In your letter you stated that you were afraid I had developed a “spiritual blind spot” regarding Israel and the Palestinians. You based that conclusion on cartoons I have run in the Lamplighter and on articles I have written about the Middle East.

I can certainly understand your feeling, and I respect it, but I strongly differ with it. I feel the ‘blind spot’ rests with the Church and the World. Both have hated the Jewish people and have done everything possible to persecute them for the past 2,000 years. Now that God has sovereignly regathered the Jewish people from the four corners of the earth and has re-established them as a nation, both the Church and the World are enraged and are determined to aid and abet the enemies of Israel in any way possible.

The leadership of the PLO is made up entirely of low-life, god-hating, murderous thugs, and I intend to make that clear to my audience in no uncertain terms, using both words and cartoons. I make no apology for it. I pray daily for God to pour out His wrath upon them.

The Plight of the Palestinians

As for the Palestinian people, I have nothing but compassion for them over the terrible, inhumane way that they have been treated by the Arab nations ever since 1948. The war that year produced hundreds of thousands of refugees. One million Jews were forcibly evicted from Arab countries overnight, and tiny Israel had to absorb them.

In contrast, The 500,000 Palestinian refugees were denied any place to go. The Arab states refused to absorb them because they wanted to use them as a pawn to orchestrate world public opinion against Israel. So, Jordan, the nation that controlled the West Bank from 1948 to 1967, herded them into horrible refugee camps and let them live like rats.

When Israel won the West Bank in the Six Day War in 1967, one of the first things they did was to move the refugees out of the camps and into towns where they were given decent jobs and social care. The refugee camps were bulldozed by the Israelis. The Palestinians were provided new hospitals and new schools, and they ended up with a standard of living that was three to four times higher than any of their Arab neighbors. But their lives were made miserable by PLO thugs who operated like the Mafia, extorting money on the threat of death.

The Issue of a Palestinian State

The call for a Palestinian state is nonsense. Israel is one of the smallest nations in the world, smaller than Kuwait (about the size of New Jersey). It has no land to give away. If the West Bank were to be given to the Palestinians, Israel would be only 9 miles wide at a spot directly above Tel Aviv. No nation in the world would give such land to its sworn enemy. And for the nations of the world to demand that Israel do so is pure hypocrisy of the first order.

A Palestinian state already exists. It is called Jordan. It constitutes two-thirds of the land that has been historically referred to as Palestine. There is no need for another Palestinian state. There are 22 Arab states and only one tiny Jewish state. Why must another Arab state be carved out of the heart of Israel? Only because the World hates the Jews.

Another point to keep in mind is that there has never been a Palestinian state in all of history. From the fall of Israel in 70 AD to the present, the area dubbed “Palestine” by the Romans (to insult the Jews, since Palestine in Latin means Philistine) has been a part of greater Syria, and all the Arabs who lived there looked upon themselves as Syrians. There was never a Palestinian state, nor was Jerusalem ever the capital city of any Arab entity. The land and the city are Jewish.

The Root of the Problem

Satan hates the Jews with a passion because they gave the world both the Bible and the Messiah. He also hates the promises that God has made to save a great remnant of the Jews in the end times.

Satan is determined to kill every Jew on planet earth so that God cannot fulfill His promises. I will stand with God’s Chosen People, and in the process, I will denounce their enemies, both at home and abroad. 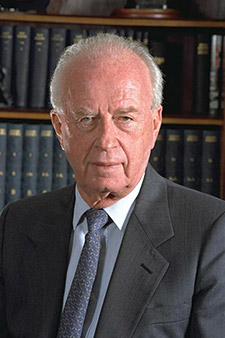 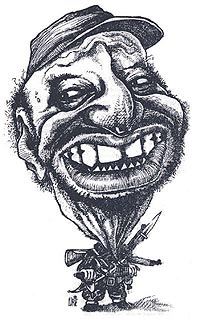