The Rebirth of the Sanhedrin

What is its prophetic significance? 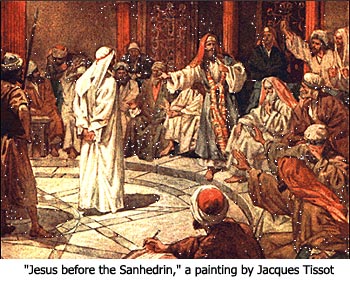 On October 13, 2004, the Sanhedrin Council of the Jewish nation was reconstituted for the first time in 1,600 years. The ceremony took place in the Israeli town of Tiberias, located on the western shore of the Sea of Galilee. This was the site of the council’s last meeting in the year 425 AD.

This incredible development, largely ignored by the press, appears to be one more step toward the construction of a Jewish temple in Jerusalem.

The concept of a Jewish tribunal originated with Jethro, the father-in-law of Moses. He advised his son-in-law to choose a group of elderly men to help him judge the people (Exodus 18: 17-26). The Sanhedrin was officially founded when God ordered Moses to choose 70 men from among the elders of Israel and bring them before the Tabernacle (the precursor of the Temple) where they would receive the anointing of the Spirit to judge the children of Israel (Numbers 11:16-17). This tribunal came to be known as the Sanhedrin, derived from the Greek word, sunedrion, which literally means, “sitting together.”

The Sanhedrin consisted of 71 members (Moses plus the 70 judges). It served as both the supreme court and legislative body in all matters of Torah law. After the death of Moses, he was succeeded by the leading sage on the council who was given the title, Rosh HaYeshiva, meaning “Head of the Sitting.” Later, he was simply referred to as “the President” (Nisi).

Every member of the Sanhedrin had to be distinguished in Torah knowledge and had to be characterized by wisdom, humility, fear of God, indifference to monetary gain, love of truth, and love of fellow man. Exodus 18:21 exhorts: “You shall select out of all the people, able men who fear God, men of truth, those who hate dishonest gain, and you shall place these over [the people].” Likewise, Deuteronomy 1:13 commands that “wise and discerning and experienced men” be selected.

The Sanhedrin started growing greatly in its power and influence during the Babylonian captivity. By the time of Jesus, when the Jews were back in their homeland, the council was serving effectively as the nations supreme court of justice. In approximately 7 AD the Romans abolished the power of the Sanhedrin to carry out the death penalty, fulfilling a prophecy in Genesis 49:10 that stated the Messiah would not come until “the scepter departs from Judah.” Thus, when the Sanhedrin decided that Jesus deserved the death penalty, they had to send Him to the Roman governor, Pontius Pilate, in order to get the verdict carried out (Matthew 27:1-2).

When Jerusalem was destroyed by the Romans in 70 AD, the Jews who survived were scattered. The Jewish Torah sages reconvened at Tiberias where the Sanhedrin Council continued to meet until 425 AD.

The Process for Re-establishment

In the Middle Ages, the greatest of all Torah sages, Maimonides (also known as “Rambam”) wrote a summary of all the steps that would be necessary to reconstitute the Sanhedrin. Those involved in reviving the Sanhedrin today have been following the prescription of Maimonides. One of the leaders of the initiative is Rabbi Yeshai Ba’avad. According to the Israel National News, he said that the 71 rabbis “from across the spectrum received a special ordination, in accordance with Maimonides’ rulings.” He further added, “The goal is to have one rabbinic body in Jerusalem that will convene monthly and issue rulings on central issues. This is the need of the generation and of the hour.”

Another of the council’s 71 members, Rabbi Meir Halevi, affirmed over Israel National Radio that the group is following the process precisely as outlined by Maimonides in the Mishna Torah.

The Current Movers and Shakers

The two key movers behind the re-establishment of the Sanhedrin are Rabbi Ovadiah Josef and Rabbi Josef Elyashiv. The former is a chief rabbi of the Shephardic Jews (Mediterranean descent) and the latter a chief rabbi of the Ashkenazi Jews (European descent). Rabbi Josef Elyashir is considered to be a spiritual heir of Moses, and thus he was the one who performed the special ordination of the 70 rabbis selected to serve on the new Sanhedrin. He is also the prime candidate to serve as high priest should the temple be rebuilt and animal sacrifices be re-instituted.

The founding rabbis consider the new Sanhedrin to be “a work-in-progress.” Rabbi Halevi told the press: “The first members [of the Sanhedrin] requested that their names not be published so as to allow it to grow without public criticism of individuals. We want to give it time to develop and strengthen.” He added that each of the current members had agreed to be a conditional member until more knowledgeable rabbis decide to enter the ranks and take their place.

Significantly, one of the first actions taken by the new Sanhedrin was an attempt to ascend the Temple Mount in Jerusalem where they hoped to pray and investigate clues pertaining to the location of the Second Temple, the one destroyed by the Romans.

The attempt was made on December 6, 2004, after they had received approval from the Israeli police. They participated in ritual baths that morning to prepare themselves to walk on holy ground, but when they arrived at the entrance to the Temple Mount, they were told that they could enter only in groups of ten. So, the effort was postponed.

At their next meeting in January 2005, they discussed technical and procedural issues for their agenda. One member, Rabbi Chaim Richman of Jerusalem, stated that many “cardinal issues” were being placed on the council’s agenda, including moral issues like abortion and agunot (estranged women whose husbands refuse to give them a divorce). Other issues to be considered in the future included the following:

At its February meeting, the Sanhedrin heard expert testimony regarding the location of the Temple. The two main opinions discussed were that the Temple stood either on the spot currently occupied by the Dome of the Rock (a Muslim shrine) or just to the north of that spot, in alignment with the Eastern Gate. No archeological excavations have ever been carried out on the Temple Mount, so the exact location of the Temple is a matter of debate. Complicating the matter is the fact that the Muslims have been systematically destroying all historical evidence they find of a Jewish Temple.

The Sanhedrin decided to assign the task to a subcommittee that will examine the various opinions and then report back to the full council.

In March, the Sanhedrin issued its first major declaration in which it condemned the Israeli government’s announced intention to withdraw from Gaza and most of Samaria. The declaration read as follows:

“The disengagement plan, involving the uprooting of Jewish communities in Gaza and Samaria and the abandonment of these areas to a foreign entity, is in direct contradiction to the Torah of Israel, and is null and void. Future governments of Israel will have to reconquer the areas in question.”

With regard to the prophetic significance of these events, I see the revival of the Sanhedrin as one more step toward the rebuilding of a Jewish Temple. The Bible clearly states that another Temple will be built before the Lord’s Second Coming occurs. The Old Testament prophet Daniel referred to it in Daniel 9:27. Jesus made mention of it in Matthew 24:15. The apostle Paul wrote about it in 2 Thessalonians 2:3-4. And the apostle John mentioned it in Revelation 11:1.

Over the past 20 years a variety of Orthodox Jewish groups have simultaneously emerged in Israel that are focused on the rebuilding of the Temple. One devotes its efforts to the architectural plans, another to the training of priests, a third to the development of incenses, and yet another to the breeding of a perfect red heifer.

One of the most publicized groups has been The Temple Institute headed up by Rabbi Israel Ariel. This group has focused on manufacturing the priestly clothes and implements, like the showbread table, incense pots, and the golden menorah. All of these efforts have required years of on-going research and fund-raising. You can view all these items — including the breastplate of the high priest — online at www.templeinstitute.org.

Another high profile group is The Temple Mount Faithful, founded and directed by Gershon Salomon. This group has cut two cornerstones for the Third Temple which they have repeatedly tried to take up to the Temple Mount. This past year they put the stones on a truck and drove them around the walls of the Old City. They also presented to the public a scale model of what the new temple will look like.

The Need for a Catalyst

The mystery is what event will bring all these efforts together to launch the building of a Third Temple. Right now there is no interest at all among the general public in Israel concerning the construction of a Temple. In fact, the overwhelming majority of Israelis are strongly opposed to any effort to rebuild the Temple because they know it would spark a war with the Muslim world.

You have to understand that the average Israeli is religiously non-observant. Many are agnostics or atheists who are very secular and who hold the Orthodox Jews in contempt. Their only interest in a Temple is to keep the Orthodox (who constitute about 13% of the population) from pursuing their dream of a Temple. Something dramatic will have to occur to change this attitude. What will it be?

My best guess at the moment is that it will be the discovery of the Ark of the Covenant. I think such a discovery would ignite a renewed interest in the Hebrew Scriptures. I also believe it could motivate a surge of Jewish nationalism and pride.

Go to any of these sites and type the word, Sanhedrin, into the site’s search engine. 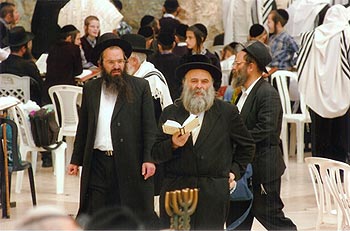 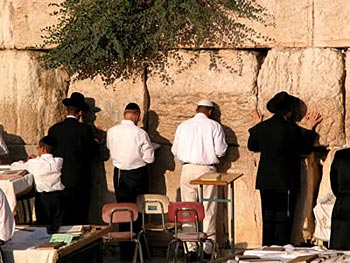 God and the Jews 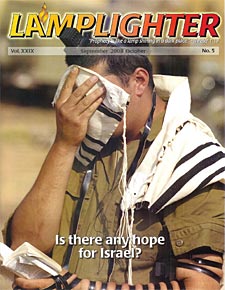