The characteristics of the world’s largest cult. 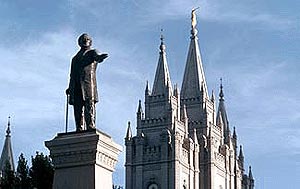 “Oh what a tangled web we weave when at first we practice to deceive.” This old adage would be a perfect epitaph inscribed on the tombstone of Joseph Smith. What started out as a profiteering scheme, by a young man known for his occult activities and tall tales, has now become a multi-billion dollar religious organization known as the Church of Jesus Christ of Latter-day Saints (LDS) whose main headquarters are located in Salt Lake City, Utah. Today, it influences millions of people and is trying desperately to present itself as part of mainline Christianity. But what is it really?

The Church of Jesus Christ of Latter-day Saints, known as the Mormon church, is a well organized, highly-controlling, aggressive religious movement that is out to convince the world that they have a corner on “the truth” about God. They use door-to-door missionaries, friendship evangelism, and slick TV advertising to promote their world view, as well as the Book of Mormon as “another testament of Jesus Christ.” Some of their distinctive doctrines include the following:

It doesn’t seem to bother the leaders of Mormonism that the Bible refutes all of their doctrines listed above and others not listed here. Neither do they seem concerned about defending Joseph Smith who spoke numerous false prophecies, took over fifty wives, was a first rate con-artist caught up in treasure seeking, freemasonry, and witchcraft, and died ignobly in an old fashioned shoot-out after being arrested in Carthage, Illinois, in 1844. Strangely, even when their own Mormon archeological professors at Brigham Young University question and refute the Book of Mormon, the church simply fires them, and goes on as though all is well.

They have become an ideological movement based on a fable. Many of the inner core of Mormonism have bought into the myth and nothing short of a change of heart in the leadership will alter that. As author Fawn Brodie said in her book No Man Knows My History: The Life of Joseph Smith, “The moving power of Mormonism was a fable — one that few converts stopped to question, for its meaning seemed profound and its inspiration was contagious.”

What those who defend Mormon teachings often fail to realize is that their doctrine has perverted the gospel of Christ. Paul told the Galatians that if anyone, even an “angel from heaven, preach any other gospel to you than what we have preached to you, let him be accursed” (Galatians 1:8). Joseph Smith claimed that Moroni, an “angel from heaven,” revealed to him the hidden location of the manuscript of the Book of Mormon. From this revelation, and the latter ones that inspired the Pearl of Great Price and the Doctrines and Covenants (D&C), Smith supposedly restored the real gospel of Jesus Christ.

This gospel that the Mormons promote is quite different from that of the biblical model. The Mormon gospel alters the identity and preeminence of Jesus Christ, emphasizes works over grace, justifies the fall of mankind, and elevates the station of the individual to possible godhood. This is a total corruption of the gospel taught by Paul and the other authors of the Bible. If the Apostles Paul, Peter, James, and John were alive today, they would be using every means they had to fight the perversion of the gospel promoted by the Mormon church.

An amazing new trend today is the desire of the LDS leadership to be accepted by mainline Christianity. This is astonishing when you consider the fact that Joseph Smith was so hostile to mainline Christianity. He, in fact, said that he was forbidden by the Father and the Son (in person) to join any Christian denomination because “they were all wrong… their creeds were an abomination in his [God’s] sight… that those professors were all corrupt” (book of Joseph Smith 2:19, in the Pearl of Great Price). Despite this, his modern day descendants are pushing for acceptance. They don’t want Christians to simply “tolerate” them as we might a Muslim, Moonie, or Jehovah’s Witness; they want Christianity to openly embrace them.

However, this will remain impossible as long as the Mormon leadership is unwilling to instigate an honest evaluation of their books which are filled with errors, contradictions, and fabrications. The original Book of Mormon — which they call the most correct of any book in the world — has been changed over 3,900 times because of major and minor errors and contradictions. The book of Abraham in the Pearl of Great Price has been debunked as a total fraud. The D&C has numerous false prophecies and contradictions. All of the books are at variance with the Bible in regard to crucial historic Christian doctrine.

In their quest for acceptance, the Mormon leadership seem to be shuffling their feet today on the doctrines of whether men can becomes gods and whether God the Father was once a man. Since these doctrines are perhaps the most abrasive to Christianity, there may be a shift in thinking occurring, but more likely it is an attempt to obfuscate the issue. When the president of LDS, Gordon B. Hinckley, was interviewed by Time Magazine in the August 4, 1997 issue, they asked about this doctrine. Here’s how they reported his reaction:

“At first, Hinckley seemed to qualify the idea that men could become gods, suggesting that ‘it’s of course an ideal. It’s a hope for a wishful thing.’ But later he affirmed, ‘yes, of course, they can…” On whether his church still holds that God the Father was once a man, he sounded uncertain. ‘I don’t know that we teach it. I don’t know that we emphasize it… I understand the philosophical background behind it, but I don’t know a lot about it, and I don’t think others know a lot about it.'”

It is unfathomable to think that the current president is not in touch with the strong historic teachings of his own church on these points. Joseph Smith said, “God himself, who sits enthroned in yonder heavens, is a man like unto one of yourselves, that is the great secret… You have got to learn how to be Gods yourselves” (Times and Seasons, Vol. 5, pages 613-614). Since the time of Smith, numerous Mormon apostles have embraced the doctrine and taught on it.

The Challenge to Christians

Today, there is a great battle occurring on the borders of Christianity. New religious movements, such as Mormonism, are trying to pass themselves off as Christians with a greater truth. The number one target of these religious movements are new or ungrounded Christians. Much of the evangelism of Mormons is done via TV commercials, by friendship outreach, or door to door missionaries.

Often Christians don’t think they know enough to witness to Mormons or those in other cults, but they have a greater weapon than they sometimes realize — the Spirit of Christ within (1 John 4:4). Also, the Mormon missionaries come with a weakness — an Achilles’ heal — in that each one has an emptiness that can only be filled by a personal salvation relationship with the true Jesus Christ. The Mormons say they have a “testimony” but it’s for Joseph Smith and the LDS Church, not about a personal relationship with the Lord Jesus Christ. Christians need to be a light to them and expose the darkness in a compassionate way.

We must remember that Mormons are not enemies of God’s people, as was Goliath. They aren’t just another notch on our belt when we refute them successfully. Rather, they are misguided, confused, and lost people for whom Jesus Christ died on the cross. Christians need to rise up all across America today in prayer, love, and witness to reach Mormons. Wouldn’t it be incredible if the J.W.’s and Mormons had to cease their door-to-door witnessing because too many of their workers were getting saved by well-equipped, loving Christians at home? 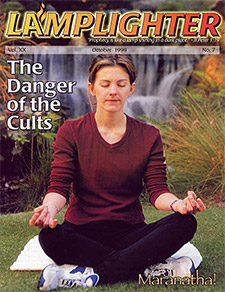 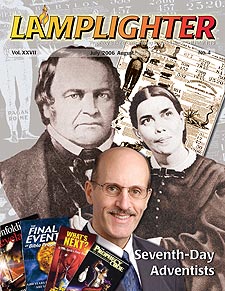 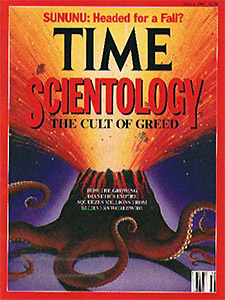