Its validity and essentiality to the faith. 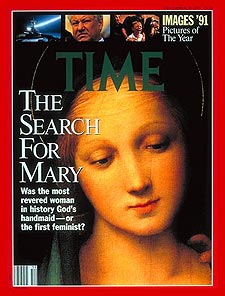 There is probably no aspect of the Christian faith that has been subjected to more abuse than the doctrine of the virgin birth of Jesus.

The world, of course, laughs at the concept. But, tragically, so do many professing Christians. I think it would be safe to say that most liberal Christian spokesmen, representing the mainline denominations, would reject the idea of the virgin birth as nothing more than a crude attempt by ignorant First Century disciples to attribute deity to Jesus.

Is the virgin birth central to the Christian faith, or is it only a peripheral issue that should be relegated to the realm of opinion?

I believe it is absolutely essential to the faith, for it attests to the identity of Jesus — namely, that He was God in the flesh.

Make no mistake about it — if Jesus was not God, then His sacrifice for our sins was meaningless. No imperfect man could have died for our sins, because his death would not have appeased our Creator’s demand for justice. Our sin bearer had to be a perfect man, and thus he had to be divine.

The Hebrew prophets pointed to the divinity of the Messiah. Isaiah said He would be “Immanuel,” meaning “God with us” (Isaiah 7:14). Isaiah also said the Messiah would be called “Wonderful Counselor, Mighty God, Eternal Father, Prince of Peace” (Isaiah 9:6). Micah stated that the Messiah would be one who had existed “from the days of eternity” (Micah 5:2).

If Jesus was the Messiah, as He claimed to be (Mark 14:61-64 & John 4:25-26), then He had to be God in the flesh. That requires a miraculous conception, because all people born of human parents are born with a fallen sin nature (Psalm 51:5 & Ephesians 2:3). To deny the virgin birth is to deny the deity of Jesus.

Satan hates the doctrine of the virgin birth because it clearly points to the divinity of Jesus. Satan has thus done everything he can to undermine the doctrine’s validity.

Satan’s most effective attack has been to raise up scoffers and mockers at the very center of Christianity — in the pulpit. The usual approach is to ridicule the nativity story as the product of the over active imaginations of ignorant disciples.

The Lord obviously anticipated this attack on His Word, for the Holy Spirit motivated a very special man to give us most of the details regarding the virgin birth. That man was Luke, who just “happened” to be a medical doctor! (See Colossians 4:14.) Isn’t that neat?

Think of it, the Bible’s leading advocate of the virgin birth was a highly educated man who fully understood the biological aspects of conception and birth. He was the person who would have been the most skeptical regarding any “legend” of a virgin birth.

The Concept in Prophecy

The first mention of the concept in prophecy is found in Genesis 3:15. In this verse, God tells Satan that the redemption of Mankind will come through one who will be born of “the seed of woman.”

Isaiah makes the same point in Isaiah 7:14 where he states the Messiah will be born of a “virgin.” It is true that the Hebrew word used by Isaiah can also be translated “maiden.” But when a group of rabbis translated this verse into Greek in what is known as the Septuagint Version of the Hebrew Scriptures (about 285 BC), they used a Greek word that can only mean “virgin.” Likewise, when Matthew quoted this verse in his Gospel (Matthew 1:23) and applied it to Jesus, he used the same Greek word that can only be translated “virgin.”

A third prophecy is found in Jeremiah 31:22, “The Lord has created a new thing in the earth — a woman will encompass a man.” This is a rather enigmatic prophecy, but the important thing about it is that Jewish rabbis over the centuries have interpreted it to mean that the Messiah will have a miraculous origin. As one rabbi put it, the conception of the Messiah will be “like the dew of the Lord upon a woman.”

The best evidence of the virgin birth is to be found in the Scripture record.

Consider first of all the immediate reaction of Mary to Gabriel’s announcement that she would conceive a son whose name would be Jesus (Luke 1:31). Mary responded: “How can this be since I am a virgin?” (Luke 1:34). Mary may have been a very young woman (probably about 13 years old), but she knew how a baby was conceived, and she therefore knew it was not possible for her to have a child. That’s why Gabriel responded by declaring, “Nothing is impossible with God” (Luke 1:37).

Further evidence of Mary’s innocence is to be found in the first action she took after she became pregnant (Luke 1:39-40). She “went with haste” to share the news with some relatives! Now, how many unwed pregnant girls have you ever seen behave in that manner? They are usually so overcome with guilt and shame that they want to hide. They certainly don’t want to share the news with relatives!

Even more significant is the kind of relatives Mary selected. The head of the household was a priest by the name of Zacharias (Luke 1:5). Keep in mind that although Mary was only betrothed to Joseph and had not yet consummated the marriage, she was considered married to him. If she became pregnant during the betrothal period, she was considered an adulteress and was thus subject to stoning or divorce. In other words, she faced death or humiliation. Yet, she ran to a priestly family to share the news of her pregnancy. If she had been guilty of adultery, it would have been the responsibility of Zacharias as a priest to report her. This evidently did not concern Mary because she went in innocence.

Further evidence of Mary’s innocence is found in the description of her arrival at the house of Zacharias. His wife, Elizabeth, who was six months pregnant with John the Baptist, felt the baby leap in her womb with joy when Mary entered the house! (See Luke 1:41 & 44.) Also, Elizabeth was “filled with the Holy Spirit” (Luke 1:41) and immediately spoke a supernatural word of knowledge. She cried out: “Blessed among women are you, and blessed is the fruit of your womb!” (Luke 1:42). She then declared Mary to be “the mother of my Lord” (Luke 1:43).

The final bit of evidence of Mary’s innocence is presented by Luke in verses 45 through 55. He records a glorious song which Mary sang to the Lord in the presence of Elizabeth. It begins with the words, “My soul exalts the Lord, and my spirit rejoices in God my Savior.” How many unwed pregnant girls have you ever heard sing a song like that?

A Call to Faith

The evidence of the virgin birth which Dr. Luke presents is overwhelming. Yet, it does not prove the virgin birth. The virgin birth, like the resurrection of Jesus, must be accepted ultimately by faith — but not by blind faith. It is faith based upon factual evidence and the testimony of the Holy Spirit.

What the world so desperately needs today is the simple child like faith of Mary. Another thing all of us so desperately need is the willingness of Mary to yield her life to the Lord’s will, regardless of the circumstances. Remember Mary’s brave words: “Behold, I am the bondslave of the Lord; be it done to me according to your word” (Luke 1:37). Mary spoke those words knowing that she could likely suffer execution or public humiliation.

It is no wonder that the Word says Mary will be called “blessed” by all generations (Luke 1:48).

One thing is certain. The virgin birth is not irrelevant. It is essential to the deity of Jesus. And the deity of Jesus is essential, in turn, if His death had any meaning at all. Paul ties it all together in Galatians 4:4-5: “God sent forth His Son, born of a woman, born under the Law in order that He might redeem those who were under the Law, that we might receive the adoption as sons.”