The Wonder of Christmas

Christmas holds a very special place in the heart of most Christians. It is a time for family and giving and good cheer. It arouses fond memories of pageants and living nativities and even Charlie Brown’s Scripture-honoring special on television.

Most of us are intimately familiar with the story of Christmas — perhaps so much so that the mystery and wonder of the Incarnation of Jesus no longer fills us with awe. If you fall into that category, I hope this Christmas you’ll consider once again the promise of peace the Messiah’s First Advent foretold.

Pondering the Birth of Jesus

Matthew and Luke describe the details surrounding Jesus’ conception and His birth. Those narratives are surprisingly straightforward in their description of those events-as if virgins conceiving and angels appearing are regular occurrences!

Previous Lamplighter articles have focused on the faith and faithfulness of Mary and Joseph — Jesus’ mother and surrogate father. Additionally, I’ve always found it instructive to consider Mary’s response to all the events she witnessed. Luke says three different times that she stored up in her heart and treasured the fulfilled promises of God and that she pondered all that she experienced. Amidst the busy-ness of the Christmas season, we would be wise to meditate upon and ponder Jesus’ birth. 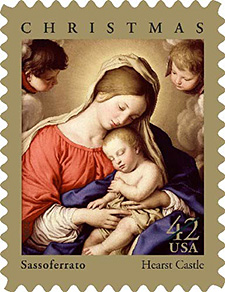 Being Excited About the Birth

The second aspect of Christmas that merits reflection is the reaction of people who looked forward to and then witnessed His actual arrival. Lowly shepherds, exalted magi, and angelic hosts alike demonstrated great excitement.

The shepherds hurried to see “that which the Lord [had made known to them]” (Luke 2:15). The wise men traveled from afar, eager to worship the newborn King. They “rejoiced exceedingly with great joy” when they realized that the baby was just a few miles away and also hurried to worship Him (Matthew 2:10). The account of the angel’s declaration of great joy to the shepherds and the heavenly host’s song of praise resonates with their joyful exuberance.

Receiving Assurance From the Birth

When various individuals were made aware of the Messiah’s soon arrival, they were either afraid or assured of joy. Zacharias, Joseph and even Mary were each told by their angelic messenger not to be afraid. As their role in God’s plan was explained, their initial fear quickly changed to assurance.

Zacharias went home from the Temple believing that he and Elizabeth would have a son named John. Joseph awakened from a dream determined to do as the angel of the Lord had commanded him. And Mary submitted herself as a bondslave of the Lord and rejoiced in God her Savior. The shepherds likewise were overwhelmed with fear when they saw an angel of the Lord, but their fear quickly turned into eager joy. All of those people chose to believe in the promises prophesied. Their assurance led to great joy and a role in the Lord’s nativity.

On the other hand, Herod, who fancied himself the king of the Jews and was surrounded by priests and scribes who rightfully described the prophecies surrounding the Messiah’s birth, was motivated only by fear. Afraid that the newborn and rightful King would threaten his power, he decreed that all the male babies in the vicinity of Bethlehem should be killed.

The Centrality of the Birth

As Christians, we need look no further than the calendar to realize that the advent of Jesus Christ stands as the central event in human history. Although secularists would like to remove any reference to Christ from our demarcation of time prior to and since the last 2,018 years, the fact remains that the world has adopted an approximated year of Jesus’ birth to be the hinge upon which human history pivots.

No other supposed holy person is recognized in such a manner. This is no minor point. God’s Prophetic Word points over and over again to two great revelations of the Messiah — once when He arrived as a Sacrificial Lamb, and again when He returns as the Lion of Judah. Jesus’ birth in Bethlehem rightfully divides all of human history. And, the last days of the world as we know it will culminate with His glorious return.

Expecting the Follow-up of the Birth

Finally, the gospel accounts of the events surrounding Jesus’ birth capture the expectation various eyewitnesses felt. Whether the shepherds, the magi, the angelic host, His parents or Simeon and Anna — all of them believed the promises of God, and they were inspired to anticipate the arrival of the Messiah.

The angels knew because God had revealed His plan of incarnation to them and commissioned them to share that good news (Luke 2:8-14). Mary and Joseph and the shepherds knew because of these specific angelic messengers. The magi knew to anticipate the Jewish Messiah because they had studied the prophecies in God’s Word (Numbers 24:17). (It is widely understood that these sages from the east would have been exposed to the Jewish prophecies during the time of the Babylonian exile.) And, the Spirit of God Himself revealed to Simeon and Anna that they would see the Lord’s Messiah (Luke 2:25-38).

Do you share the same sense of high expectation about the Lord’s Second Advent? You have been given many prophetic signs to watch for — signs that will herald that you are living in the season of the Lord’s return. Those signs are converging today. Are you full of anxious expectation?

Where Do You Stand?

Does your heart thrill with the good news that Jesus has come? Do you have a Peace which passes all understanding? Do you ongoingly Ponder your Savior and resonate with Excitement and blessed Assurance that He is coming again?

Do you recognize the Centrality of both His First Advent and His soon return in human history and your own testimony, and do you live Expecting Him?

I pray that you do, and that this Christmas you will once again give “glory to God in the highest” while we wait for Him who was, and is, and is to come!