God’s Miraculous Delivery from Near Disaster 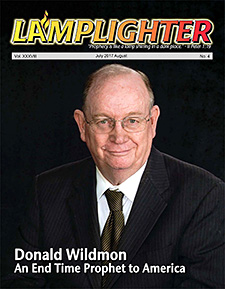 He has remembered His covenant forever, the
word which He commanded to a thousand
generations, the covenant which He made with
Abraham, and His oath to Isaac. Then He
confirmed it to Jacob for a statute, to Israel as
an everlasting covenant, saying, “To you I will
give the land of Canaan as the portion of your
inheritance.” — Psalm 105:8-11

The triumphant conclusion of the Six Day War fifty years ago ushered in a golden age of Israeli national pride. Humiliating the collective Arab armies arrayed against it, for a brief season Israel was able to enjoy the relative security of defensible borders. But, the Six Day War did not subdue Arab hatred. Only 7 years later, another nearly calamitous war erupted. In many ways, the Yom Kippur War of 1973 established the historical context that continues to resonate today.

Vastly outnumbered by a Goliath of Arab armies in 1967, victorious Israel proved itself to be a modern–day David. Even Arab nations began to wonder what miraculous power enabled the Jews to prevail time and again. Sadly, secular Israelis credited their own military prowess and tenacity instead of any power beyond themselves. That led to a degree of overconfidence that actually weakened Israel’s defenses in the early 1970s. Further undermining Israeli defense options, Western nations placated the ever–aggrieved Arabs by signaling to Israel that it should not again defend itself with a pre–emptive strike, as had been the case in the Six Day War.

In the Arab nations, other dangerous forces were being unleashed. The Palestinian Liberation Organization, the Muslim Brotherhood, and other terrorist factions grew in potency and influence. These groups shamelessly targeted Israeli civilians. They also lived up to the prophecy regarding Ishmael and his descendants (“your hand will be against everyone” — Genesis 16:12) by fomenting unrest in the very Arab states that hosted them. Adding to the dangerous mix, the Soviet Union poured weapons into hostile Arab states.

In the midst of this restless period, Israel sought to consolidate its territorial gains from 1967 and expand its economy. It even offered land in exchange for peace with its Arab neighbors, but only Jordan would negotiate. The other nations surrounding Israel clung to the resolution they collectively adopted at Khartoum in September of 1967: no peace with Israel, no recognition of Israel, no deal with Israel.

Egypt’s new leader, Anwar Sadat, pledged to rewrite the outcome of the Six Day War. Learning from Gamal Nasser’s mistakes in 1967, Sadat massively expanded his arsenal with Soviet weapons and painstakingly improved the training and professionalism of the Egyptian army and air force. He also focused on military maneuvers and preparation for war.

By 1973, Sadat was ready to strike. Unlike his bellicose predecessor, Sadat did not engage in the constant verbal hyperbole. But he was clear about his intentions. Sadat plainly stated to Newsweek magazine in March that “everything in this country is now being mobilized in earnest for the resumption of battle, which is now inevitable.” In spite of that clear and present danger, Israeli intelligence downplayed the threat of war as “very low.”

The IDF (Israel Defense Forces) finally recognized, only hours before Egypt launched its attack, that war was certain. That realization came so late that Israel did not have time to mobilize its military reserves. It also found itself critically short of ammunition and supplies to conduct all–out war. Even so, Israeli Prime Minister Golda Meir rejected the kind of bold preemptive strike that had proven so effective in 1967. She perceived that the United States — the sole ally likely to come to Israel’s aid — would not tolerate a second preemptive attack. (United States Secretary of State Henry Kissinger later confirmed Meir’s calculation when he stated that had Israel attacked first, it would not have been given “so much as a nail.”)

Jewish tradition teaches that a person’s fate is sealed on Yom Kippur — the annual Jewish “Day of Atonement.” On the afternoon of Yom Kippur (October 6th), 1973, the Egyptian air force and army attacked — hoping to seal Israel’s fate. Because the entire nation of Israel was shut down for that holiest of Jewish days, its initial response was slow and uncoordinated. The Egyptian army quickly crossed the Suez Canal, reoccupied strategic locations throughout the Sinai, and threatened the southern heart of Israel. Syria simultaneously attacked through the Golan Heights, threatening the northern interior. Thankfully, although Jordan sent a token force to keep up appearances for its Arab neighbors, King Hussein actually conferred with Israel and was careful not to escalate hostilities on Israel’s eastern flank.

As the Egyptians and Syrians pressed the battle, it appeared that Israel’s invincibility would be catastrophically disproved. With massive tank battles raging on both fronts, Israel found itself on the defensive. Meir appealed to the United States, and with President Richard Nixon’s blessing the United States rushed military aid to Israel. The airlift effort was dubbed Operation Nickel Grass. In an ironic historical footnote, owing to Nixon’s embroilment in Watergate, Henry Kissinger — himself a Jew and dual–hatted as National Security Advisor and Secretary of State — was given primary responsibility to contain the Middle East mess.

Called “the airlift that saved Israel,” Operation Nickel Grass certainly helped turn the tide of the war. Active fighter aircraft were pulled from American bases and flown to Israel. Tanks, armored personnel carriers, and ammunition were rushed to Lod and other Israeli airfields. Equipment was quickly rechristened with a Star of David, fueled, armed, and sent into battle. After a harrowing two days, Israel rallied as its vaunted reserves joined the fight in the south and the north. In the north, following intense fighting, Israel pushed Syria back out of the Golan Heights and eventually pressed toward Damascus. In the south, Israel engaged the Egyptian forces in the Sinai in the greatest tank battle in the history of warfare. Under the inspired leadership of General Ariel Sharon, Israel proved victorious and proceeded to cross the Suez Canal where they cut off the entire Egyptian Third Army and then started marching toward Cairo. With Israel poised to gain even more territory, the United Nations intervened and imposed a ceasefire on October 26.

Although Israel emerged victorious once again, the Yom Kippur War left an indelible mark on the Middle East. America’s willingness to stand alone with Israel sparked great resentment among the Arab nations. Israelis were grateful for American assistance, but outraged that Western pressure almost resulted in national disaster. Western Europe, fearful of antagonizing the Arab nations and disrupting its precious oil supply, became increasingly hostile toward Israel. After contributing mightily to the Arab military build–up and aspirations prior to 1973, the Soviet Union (and later Russia) continued to foment unrest throughout the region.

In the Middle East itself, Anwar Sadat shifted Egypt toward the west and regained the Sinai through a peace accord with Israel. (His assassination in 1981 by elements of the Muslim Brotherhood demonstrated that the “Arab street” would not tolerate peace negotiations with the Jews.) Unable to defeat Israel militarily, the Arab states manifested their antagonism toward Israel primarily by providing support to the Palestinians. They also sowed the wind with home–grown terrorist proxies, unleashing a whirlwind of destruction upon themselves and the world.

So much of the dynamic in the Middle East today can only be understood through the prism of the wars and hostilities that have raged for the past 69 years. And, those can only be understood through Bible prophecy. Scripture says that in the end times the state of Israel will be re–established and will be surrounded by hostile nations. It is also prophesied that all the nations of the world will be focused on Israel and on Jerusalem (Ezekiel 37:21–22; Luke 21: 20; Zechariah 12:1–3). As we witness the growing hostility of nations around the world toward Israel, those prophecies are clearly being fulfilled.

While official United States policy seems to have recently taken a turn for the better regarding Israel, the ambivalence of the previous administration demonstrates the fickle nature of even Israel’s greatest ally. Israelis have come to realize that Evangelical Christians are their most stalwart supporters. Our own Lamb & Lion pilgrimages bear testimony to our love for Israel and the Jewish people and manifestly demonstrate our determination to stand with Israel. As I personally related to the Israeli Ambassador earlier this year, our love for Israel and the Jewish people is absolute. Because we love Jesus — the Consolation of Israel — we love His Chosen People.

But, soon and very soon, God the Father will send Jesus to collect His Bride — the Church (2 Corinthians 11:2 and Revelation 19:7). Following the global chaos that will ensue, a charismatic leader will emerge, offering to calm the worldwide economic storm and guaranteeing peace to the Jews of Israel. After 3½ years he will violate that peace treaty and turn on the Jewish people with a Satanic vengeance (Daniel 9:27). Then, as the remnant of surviving Jews marvel at their miraculous deliverance once again, their unbelief will turn to saving faith when they look upon Him whom they have pierced (Zechariah 12:10–13:1).

God still has a plan for Israel. Its eternal fate was sealed long before the wars of the past 70 years — by One whose word is eternal. His ancient promises are as valid today as they were when He declared them to Abraham, Isaac, and Jacob (Genesis 17:7).

He also has a plan for you and for me. His will for each of us is to be invited to the wedding feast of the Lamb. Until He calls us home, Lamb & Lion Ministries will evangelize the lost, pour out love on the chosen nation of Israel, and call believers to look for the soon arrival of Jesus — our Blessed Hope (Titus 2:13).