Why Do I Believe In A Pre-Trib Rapture?

Home > Articles > Why Do I Believe In A Pre-Trib Rapture?

Why Do I Believe In A Pre-Trib Rapture? 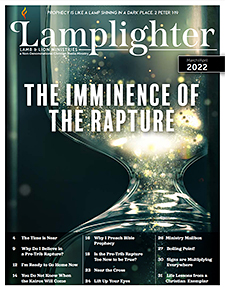 Have you ever noticed how many teachings there are out there concerning the Rapture of the Church?

Sure, the Bible makes it crystal clear that one day Jesus will return and gather up all those who are saved and take them to Heaven to live with Him forever. But, the when and the where and how’s of it all… so many different and even conflicting views. Which are facts and which are merely opinions?

During these times of confusion and indecision, sometimes you just have to get away, take a walk, and spend some time thinking it through.

For me, after long study, I have come to believe in what is called the Pre-Tribulation Rapture view. This “gathering up” of Christians will occur before God’s judgment falls upon the world in a seven-year time period foretold by Daniel and known as the Tribulation.

But, why exactly do I believe in a Pre-Trib Rapture? I have my reasons, ten to be exact. All are founded on the conviction that the Bible is the very Word of God, that it should always be interpreted literally, and that it is firmly rooted in Jesus’ ironclad promise that He will indeed return. All preclude a spiritualized interpretation of the Scriptures. Doing so merely results in imaginative nonsense. Let’s walk through these reasons and see if they help provide clarity.

1. The Rapture and Second Coming are different events.

2. The Rapture can occur at any time without warning.

Jesus stated in Matthew 24 to “keep watch because you do not know on what day your Lord will come,” indicating Jesus will arrive at a time when nobody is expecting. Not expecting? How can that be when the Second Coming is preceded by exactly seven years (to the day) of events—such as the rise of the Antichrist, plagues, wars, and earthquakes which destroy most of the world? The Rapture happens imminently and without warning, while the Second Coming has to be preceded by many years’ worth of signs. The two then cannot possibly be the same event.

3. The Rapture removes the Restrainer.

Second Thessalonians teaches that God’s restraining influence will be taken away when the Antichrist rises to power. Christ restrains the evil of this world today through the Church. Therefore, the Church will need to be removed — raptured — before the Antichrist’s seven-year reign can even begin.

4. The Tribulation is for Israel’s redemption.

Jeremiah 30 describes the Tribulation as the “time of Jacob’s trouble.” Revelation 12 portrays Israel fleeing from the Antichrist’s persecutions. And, the Battle of Armageddon pits all the nations of the world against Israel. Israel is repeatedly the focal point of the Tribulation and the center of God’s work of redemption, not the Church. 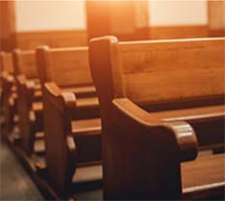 5. The Church is missing on Earth during the Tribulation.

Like the Flood, the Tribulation stands apart as God’s second great judgment upon a rebellious world. It’s the very wrath of God. True, believers have endured suffering throughout history, but never actually from God’s wrath. Revelation 3 confirms that Christians are promised never to have to endure the Tribulation, proven in the fact that there’s no mention whatsoever of the Church throughout Revelation chapters 6-18 which describe the events of the Tribulation.

6. The Church is busy in Heaven during the Tribulation.

While the earth faces God’s judgments, the Bible reveals the Church will be quite busy up in Heaven engaged in three events: a judgment for rewards, a celebratory Marriage Supper of the Lamb, and preparing to return to earth with Jesus. None of these three have anything to do with living in a world that’s being destroyed. 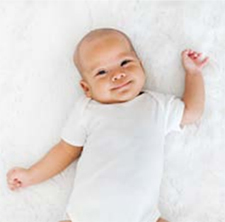 7. The Millennial Kingdom needs to be repopulated.

If all the Tribulation believers are raptured up to Heaven at the Second Coming and given glorified bodies, bodies which like the angels cannot reproduce (Mat. 22:30; Mk. 12:25), then who is left to repopulate the earth during the Millennial Kingdom? The Rapture cannot possibly happen Post-Tribulation then, for no more children would be born.

Some claim God’s wrath is poured out over just a few of the seven years of the Tribulation, so the Rapture must occur three and a half or even five-plus years into the Tribulation. But, these Mid-Trib and Pre-Wrath Rapture views tend to forget that Jesus Christ Himself breaks the seals which launch all 21 of Revelation’s judgments. The final Seven Bowl Judgments are said to finish the wrath of God, not begin His wrath. Because all these judgments are initiated by Jesus Himself, God’s wrath lasts the entire seven years, wrath the Church is promised not to have to endure.

Enoch was raptured before the Flood. Noah and his family were removed from the floodwaters. Lot and his family were sent away from Sodom and Gomorrah before God incinerated those wicked cities. Rahab and her family were set apart when Joshua’s army invaded Jericho. Again and again, the biblical examples show God removes believers from His wrath, instead of making them suffer through His wrath.

10. The Pre-Tribulation Rapture view is not new. 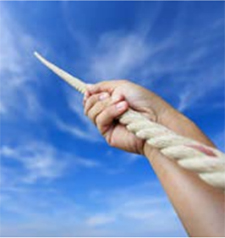 Feeling better? More clear? Hopefully, our “walk” has confirmed or challenged some of your beliefs in the Rapture. What is far more important than our understanding of end-times views is our salvation status. Only faith in Jesus Christ and His shed blood will one day lead us upwards to be with our Lord and Savior forever and ever. Have you grabbed hold of that salvation? Will you then be part of the Rapture? Or, have you rejected Jesus and so will be left behind to endure the Tribulation? Jesus leaves that choice up to you. 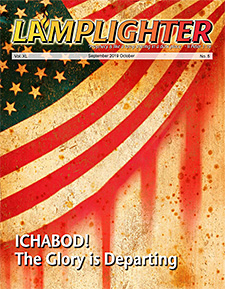