People Without A Purpose 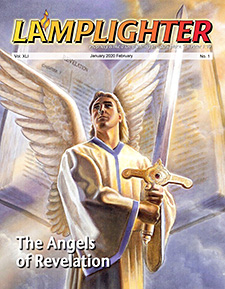 I recently ran across an outstanding article by John Stonestreet bearing the above title.

In the article, he contrasted the England of today with the nation as it existed during World War II when Winston Churchill called upon the people to stand strong against Nazism, and they did so despite terrible suffering from German bombing. He lamented that the nation has now become so weak in its values that he doubts it can “even weather peacetime.”

His article was prompted by a recent poll by The Sun newspaper in London which revealed that 89 percent of those aged 16 to 29 said their lives “lack any meaning or purpose.” Summing up the meaning of the poll, Mr. Stonestreet concluded, “In other words, Nihilism is running rampant among Millennial and Gen-Z Brits.” He further added: 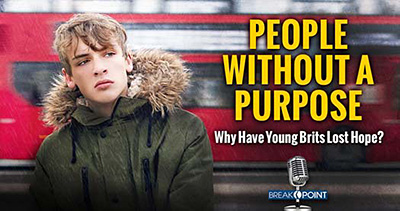 I personally was not shocked by the results of this poll because I have been long aware of the deterioration of British society. I had the privilege of going to the United Kingdom in the year 2000 where I spent a month preaching in England, Wales, Scotland and Northern Ireland. I was appalled by what I found.

At that point in time only seven percent of the people were attending church on Sundays. The percentage is even less today. The Church of England was held in contempt by the general public. It had abandoned the fundamentals of the Christian faith. Its churches were empty, and, in fact, the Church had become one of the largest real estate dealers in the nation because it had so many church buildings up for sale.

Things have not gotten any better since then. Just recently, some of England’s largest churches announced that they are installing miniature golf courses and helter-skelters to attract people to their worship services. (Helter-skelter is a British term for a tall spiral slide winding around a tower.) 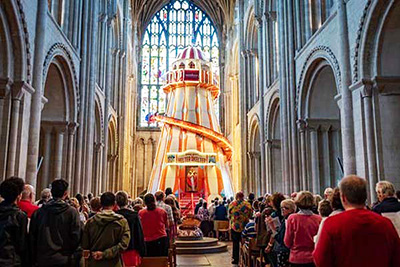 Looking at England today, it is hard to believe that 150 years ago it was the earth’s center of Christianity, sending out missionaries all over the world, translating the Bible into multiple languages and providing the Church with glorious hymns.

The death throes of the Church of England began in the early 20th Century when its leaders adopted the viewpoint of the German School of Higher Criticism that the Bible is not the Word of God but is instead Man’s search for God and is therefore full of myth, legend and superstition. The Church proceeded to get in bed with the world and focused on getting the approval of people rather than God.

Needless to say, when the Church stopped speaking with the authority of God, people lost interest. And the result was gross apostasy. An example that pops into my mind is something that happened to me while I was in England in 2000. I was walking down a street in London when I paused to look at a newspaper vending machine. One of the featured articles on the front page was a picture of a Bishop of the Church of England who had announced that for Lent he had decided to give up reading the Bible and focus instead on meditating on “the truths of the Qu’ran.”

One of the most disturbing things about all this is that our nation is on the same track. Apostasy is running amok in our churches to the point that the word, Evangelical, no longer has any meaning. That’s because there are so-called Evangelicals today who are denying the fundamentals of the faith. As I see it, I would estimate that the deterioration of Christianity in America is about 20 years behind the British, and we are running as fast as we can to catch up.

One of the results is that we are raising a whole generation of young people who are moral pygmies. God has been kicked out of their lives. They have been taught that they are evolved from apes, and then we wonder why they are acting like animals.

I have a wonderful Christian friend in London by the name of Alan Franklin. He has been a life-long journalist and has served as the editor of several London area newspapers. He and his wife, Pat, who is also a journalist, host an online newspaper called The Free Press (www.thefreepressonline.co.uk). 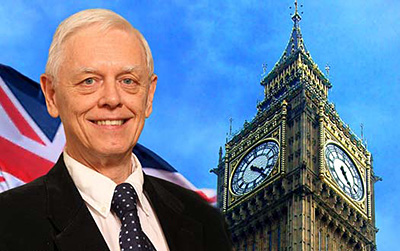 I sent Alan a copy of Mr. Stonestreet’s article and asked for his response to it. His response begins below.

There are a number of reasons for this sad state of our young people.

The Collapse of the Church

The church has more or less collapsed into a mess of female priests, secularism and PC. It is promoting itself as so user-friendly that one British cathedral installed a helter-skelter while another has a mini-golf course — both inside the buildings!

I just cut out a front-page picture from The Telegraph, a daily nationwide newspaper, of the Bishop of Lynn standing in front of his cathedral’s helter-skelter, preaching a sermon. His message included a rendition of the Bee Gees’ song “Words.” No doubt very meaningful…

So if the church which has a building in every town, city and hamlet in the United Kingdom, plus thousands more in the Anglican communion worldwide, is portraying itself as a source of entertainment, why should anyone take it seriously?

King George V called the nation to a day of prayer just before D-Day. Most people went as it meant something to them. These were serious people for serious times. Tough people. Mine was the last tough generation. Today we are amusing ourselves to death, with the young more interested in odd online games than serious subjects.

We were talking to an atheist the other day — a museum curator. There wasn’t a single church meeting in that large town to which we could recommend him going to see what Christianity really meant. The main denominations have been dead for decades — even when I was a boy. It was never explained to me that the Bible was anything more than a sort of ancient history book, and I attended a Church of England school.

The Collapse of Education

So spiritual input over here is close to zero. Then we have the collapse of education. My eldest daughter taught English in secondary schools for years before leaving to have her family.

When she decided to return to teaching she found it mainly consisted of box-ticking, red tape and hours of time-wasting. So she quit to become an artist, painting birds, country scenes, etc., and now stages exhibitions instead of teaching needed skills.

As an editor I interviewed a bright young woman with a degree in English. She wanted to become a journalist so I gave her a simple test. When she turned in her copy I could hardly believe my eyes. She had no knowledge of punctuation or the difference between a sentence and a paragraph! I tried to tell her in a kind way that she needed to take a course in basic grammar. She was unemployable.

Teachers don’t discipline much anymore for fear of consequences. A science teacher we know in our small fellowship got a complaint from a girl who had become a boy and demanded to be called Fred instead of Mary, or whatever. Our friend was relieved there wasn’t a disciplinary hearing after she got its name wrong!

The Snowflake generation are detached from the real world in every way, and I can see why they think their existence is worthless.

If some ridiculous item of non-information comes through on their “devices” that’s all they have as input. They walk past our house like zombies, gazing as if hypnotised at their iPads or whatever.

So, they don’t know history or any other serious subject. This has been the case for decades — we now have two generations of numbskulls walking the streets.

The Impact of Materialism

Many of the young live soft lives and are often overweight. We didn’t have this problem as my friends and I grew up with rationing in the UK. The country was broke, and much of it had been bombed flat. We had a small allowance of meat or margarine every week and mostly ate what my grandfather grew, or perhaps a rabbit. No fast food, and you never complained about what you got! My aunts would serve bread and scrape — that’s white bread with margarine spread on it then scraped off.

We had no bathroom, kitchen, piped hot water or proper heating, and there was frost on the inside of the windows in winter. The toilet was across an old yard. To have a bath you had to bail water into a tub once a week. There were holes in the floor and roof.

Now everyone here lives in comparative luxury. As I was — and still am — grateful for what I got, I worked harder than anyone else and this got noticed. I worked seven days a week for years to get somewhere to live, and so on. I didn’t waste my time grizzling about how meaningless life was — I had work to do! Newspapers used to pay me double not to have holidays, and I was grateful.

The Snowflakes think they have entitlements — a dangerous notion. That’s why so many are Socialists. They want everything handed to them, taken from the “rich.”

Anyway, enough of this lament. It is fast getting worse, which is what the UK deserves and I watch it all unraveling with interest, as you do. The times are interesting indeed! 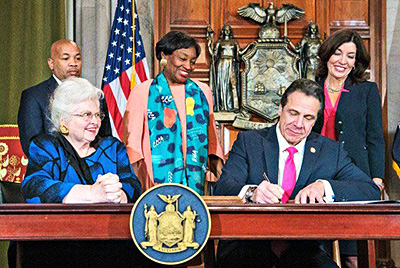