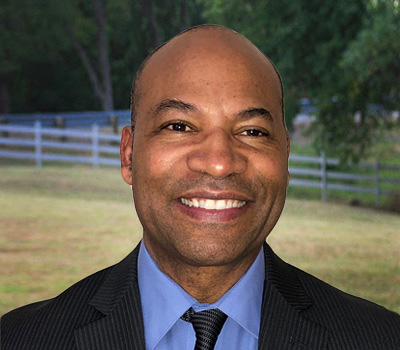 Pastor Vic Batista was born in the Dominican Republic and raised in the Bronx, New York City. Soon after moving to Miami, Florida, Vic gave his life to the Lord and became an ordained minister with Calvary Chapel.

Vic graduated from Devry University with a degree in Computer Technology and since has worked weekdays in the healthcare technology field as a Biomedical Field Service Engineer while serving as a pastor/evangelist on weekends and a police department chaplain. He has pursued that bi-vocational career for 20 years, preaching in both English and Spanish as pastor of Calvary Chapel Aventura located in the Miami, Florida area.

In 2019, Vic moved to Daytona Beach where he continues to work in the healthcare technology field while preaching and teaching at every opportunity. Over the past 14 years, Pastor Vic has hosted several weekly television and radio programs that focus on Bible Prophecy, as well as other topics. He and Nathan Jones have for many years now been co-hosting the Internet radio program “The Truth Will Set You Free” which teaches on topics related to Bible prophecy. He assisted Nathan in the production of their book, The Mighty Angels of Revelation. Vic founded the Aventura University of Calvary Chapel, recognized in 2019 by the Florida Department of Education Commission for Independent Education, in order to offer online education in the field of Eschatology.

Vic has been married to his wife, Maureen, for 25 years. They have two grown daughters and a son in the Marines.

Vic is fluent in both English and Spanish and can teach and preach in both languages.