Are the Redeemed going to spend eternity on a new earth or in Heaven? 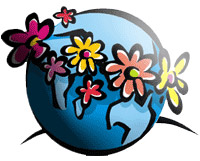 The Bible is very clear about this. Read Revelation 21:1-7. The only way you can get around the conclusion that the Redeemed will live eternally on a new earth is to spiritualize the new earth to mean Heaven. That is exactly what many Bible interpreters have done, and there is no justification for it.

John says in Revelation 21:1, “I saw a new heaven and a new earth.” What happens is that God burns up the old earth. We’re told in 2 Peter 3, that He will burn away all the pollution of Satan’s last revolt. He will take this earth and reshape it like a hot ball of wax, and out of that fiery inferno will come the new heavens and the new earth, an earth that will be refreshed and beautified and perfected to what God originally created before it was polluted by sin and changed by the curse (2 Peter 3:10-13). It will probably be greatly enlarged because it is going to serve as the foundation for a gigantic city — the New Jerusalem.

Just think of it! As God creates that new earth, we will most likely be suspended in the heavens inside the New Jerusalem watching the greatest fireworks display in the history of the cosmos. And when it’s all over, and the earth is refreshed and renewed, then the Lord will lower us down to the new earth inside the New Jerusalem (21:2). We are going to live eternally inside that glorious city located on the new earth.

That’s right, the Bible never teaches that we will spend eternity in Heaven. It teaches that we will spend eternity in new bodies in a New Jerusalem on a new earth, and it further teaches that God will come down to that new earth and live among us: “I heard a loud voice from the throne, saying, ‘Behold, the tabernacle of God is among men, and He shall dwell among them, and they shall be His people, and God Himself shall be among them'” (21:3). He’s going to wipe away every tear from our eyes, and there will no longer be any suffering — no pain, no death, no sorrow (21:4). He is going to make all things new, and we are going to live in perfect bliss in the New Jerusalem (21:5).