The 40th anniversary of this ministry fell on April 1. But we decided to celebrate it a month early in conjunction with our March meeting of our Board of Trustees. So, on Friday evening, March 6, we held a banquet to celebrate 40 years of God’s faithfulness to us, followed the next day by a meeting of our Board of Trustees. (Our Board meets three times a year, in March, August and December.)

We were blessed at the banquet by the music of Amber Rhoads who serves as the Worship Pastor at Gateway Church in Southlake, Texas.

Many of the people who were involved in the ministry during its early years in the 1980s were present, and it was a great blessing to me to see them again and fellowship with them.

Looking back on the event now, I am thankful for its perfect timing because it was held just one weekend before the governmental authorities began to crack down on public gatherings due to the spread of the coronavirus. In other words, we made it just under the wire!

After a time of worship, I made a presentation in which I first surveyed the many blessings the Lord has given the ministry over the years. One of those that I mentioned was the fact that we have never ended a month without being able to pay all our bills in full. The closest we ever came was in November of 2003 when we ended the month with only $7.50 in our bank account. But I pointed out that the very next day a retired dentist from Florida stopped by for a visit to express his appreciation for our TV program and gave us a check for $25,000!

Another blessing I emphasized was the way in which the Lord had multiplied our outreach over the years by opening up so many different doors for us through radio, television, the Internet, our magazine, videos, meetings and conferences, Israel pilgrimages and the publishing of books.

I stressed the point that when we started the ministry in 1980, there was no Internet access, nor would there be until 15 years later in 1995. Today, if a person has something valuable to say, a ministry can become known worldwide overnight via the Internet. But that was not true back in the days when we began. We struggled for years just to get known.

Another of our blessings I emphasized was our Prophecy Partner Program that we launched in 1987 and which today consists of more than 3,000 people who are praying for us regularly, supplying us with counsel and providing us with donations. Their faithful support over the years has freed us from having to rely on the sales of resources and the holding of constant meetings. 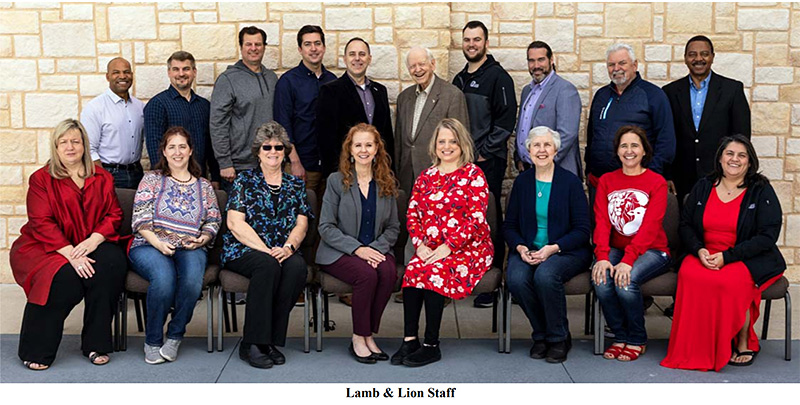 After surveying these and other blessings of the Lord, I shifted my attention to identifying what I consider to be the most important keys to the ministry’s success. They are as follows:

1) Prayer — Beginning every day with a 45 minute devotional that consists of Bible reading and prayer.

2) Faith — Relying on the Lord to supply all our needs without depending on sales, speaking engagements or sensational fund raising.

3) Focus — Remaining faithful to the message God called us to proclaim — namely, the soon return of Jesus, while avoiding speculation and sensationalism.

4) Sharing — Tithing our income to domestic and foreign ministries, as well as supplying advice, counsel and encouragement.

5) Integrity — Providing total transparency of all our financial records to the public.

6) People — Being blessed with highly dedicated staff, trustees and supporters. 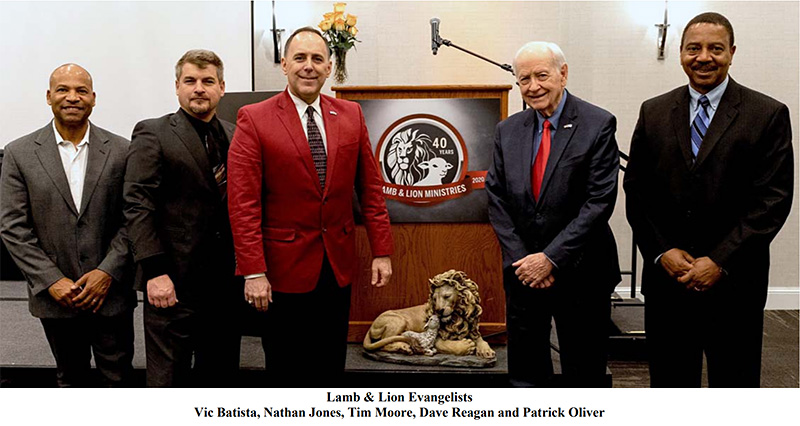 I concluded my remarks by pointing out that I have prayed for years for God to raise up a person to succeed me and keep the ministry going, and I emphasized my belief that God has answered that prayer with the Board’s selection of Colonel Tim Moore, who is scheduled to take over the leadership of the ministry in September of 2021.

At that point, Colonel Tim Moore took over and delivered a powerful and inspiring speech about his determination to keep the ministry on course, focusing on God’s call for us “to proclaim to as many people as possible, as quickly as possible, that Jesus is returning soon.”

Tim pointed out that the leadership transition is being overseen by a special transition committee of trustees whose guiding scripture is Proverbs 16:9, which reads, “The mind of man plans his way, but the LORD directs his steps.”

Tim humbly requested the “ongoing prayers” of the ministry’s partners and supporters. He asked for people to pray the prayer that was prayed for Joshua when he succeeded Moses — that Tim would be “strong and courageous,” particularly in the face of mounting persecution of churches and ministries.

He also asked for prayers for “wisdom and knowledge” — the request that Solomon made of the Lord when he succeeded his father, David.

Finally, Tim asked that people pray for him the words of Isaiah 40:31, which says, “Yet those who wait for the LORD will gain new strength; they will mount up with wings like eagles, they will run and not get tired, they will walk and not become weary.”