Why does God seem to be obsessed with the Jews in Revelation? 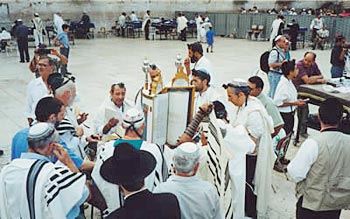 This is a frequent question during prophetic forums. The answer is that He loves them, just like He loves all His creation. But there is certainly a sense in which Bible prophecy seems to focus upon the Jewish people. That’s because God called the Jews to be His “chosen people” through whom He would accomplish His master plan for history (Deuteronomy 7:6). It was through the Jewish people that God gave the world His Word. And it was through the Jews that He sent the Messiah.

The Hebrew Scriptures say that the Jews were also chosen to be witnesses of God — of what it means to have a relationship with Him (Isaiah 43:10-12). The history of Israel attests to the fact that when one is faithful to God, He blesses; when one is unfaithful, He disciplines; and when one repents, God forgives and forgets and begins to bless once again. Currently, the Jews are under God’s discipline, but Bible prophecy tells us a day is coming when a great remnant of them will repent and receive Jesus as their Messiah (Zechariah 12:10). When that happens, God will make them the most exalted nation in the world (Isaiah 60-61:5). Jesus will live among them as King of kings (Ezekiel 43:7), and all of God’s blessings to the nations will flow through them (Zechariah 8:22-23).

The Jews are also God’s prophetic time clock. By this, I mean He often relates major future events to things that will happen to the Jews as a nation. Daniel’s prophecy of the 70 weeks of years is a good example. Daniel says to watch for a decree that will allow the rebuilding of Jerusalem. He then states that 483 years after that decree is issued, the Messiah will come and die (Daniel 9:24-26).

In the New Testament, we have another good example. Jesus told His disciples that a day would come when the Jews would be dispersed among all the nations of the world and Jerusalem would be trampled down by the Gentiles. But then He added that when Jerusalem is no longer under Gentile control, He would return (Luke 21:24). Jesus was simply emphasizing a point that is made repeatedly in the Hebrew Scriptures — namely, that when the Jews are restored to their land to the city of Jerusalem, the Messiah will come (Zechariah 12:3, 6, 8-10 and 13:1).

Another reason for the prophetic focus upon the Jews is because God has promised that He will bring a great remnant to salvation during the final years of Daniel’s 70 weeks of years. The Bible makes it clear that during the last half of the Tribulation, God will focus the wrath of the Antichrist upon the Jews, bringing them to the end of themselves and motivating them to turn to God in repentance (Zechariah 12:10, Romans 9:27 and 11:25-26).

Hasn’t the disobedience of the Jews invalidated God’s promises to them?

Ever since the Fourth Century, when the Church adopted Amillennialism and began to divorce itself from its Jewish heritage, the prevalent Christian view concerning the Jews has been that “God washed His hands of them” in the First Century when He poured out His wrath on Jerusalem and allowed the Jews to be dispersed worldwide. An accompanying doctrine that developed over the years is called “replacement theology.” It is the idea that God replaced the Jews with the Church, that the Church has become the “new Israel,” and that the Church has inherited all the blessings that were previously promised to the Jews. Needless to say, these ideas have served as a source of much of the anti-Semitism that has characterized the Church for the past 1600 years.

The idea that God has “washed His hands of the Jews” is thoroughly unbiblical. In Jeremiah 31:36 God says the Jewish people will continue to be “a nation before Me forever.” He emphasizes the point by saying they will continue as a special nation of people until the fixed order of the universe ceases, or until all the heavens and ocean depths have been measured (Jeremiah 31:36-37). In Isaiah 49:14-16 God uses a different metaphor to emphasize His devotion to Israel. He says that He has the nation inscribed on the palms of His hands!

There are three chapters in the New Testament that strongly emphasize the continuing love of God for the Jews. These three chapters have been despised and ignored (or spiritualized into meaninglessness) throughout much of Christian history. The chapters are Romans 9-11. In Romans 9:4 Paul writes that God still has covenants with the Jews which He promises to fulfill. He then makes it clear that the Jews who will receive the blessings are a great remnant that will be saved in the end times (Romans 9:27).

But what about their disobedience? What about their rejection of God as king of their nation and Jesus as king of their hearts? Hasn’t their disobedience nullified the promises of God? Again, Paul specifically deals with this issue. He asks, “What then? If some did not believe, their unbelief will not nullify the faithfulness of God, will it?” (Romans 3:3). And again, for centuries the Church as responded, “Yes!” But not Paul. He responds by saying, “May it never be! Rather, let God be found true, though every man be found a liar” (Romans 3:4).

Paul becomes so overwhelmed by the grace of God in never giving up on the Jews, that he finally bursts forth with an ecstatic proclamation: “Oh, the depth of the riches both of the wisdom and knowledge of God! How unsearchable are His judgments and unfathomable His ways!” (Romans 11:33).

When I first started preaching about God’s love for the Jewish people and his absolute determination to bring a great remnant to salvation despite their stubbornness and rebellion, my wife said, “You make me want to be a Jew!” I responded by saying, “No, dear, you wouldn’t want to be a Jew because the overwhelming odds are that you would have a spiritual veil that would keep you from recognizing Jesus as your Messiah (2 Corinthians 3:14-16).

I then pointed out to her that God is not doing one thing for the Jewish people that He is not willing to do for anyone. The Jews, again, are simply a witness of God’s desire for all people to come to repentance and be saved (2 Peter 3:9). God does not “wash His hands” of anyone. He pursues and pursues, trying to bring us to the end of ourselves so that we will turn to Him in repentance and be saved. That is exactly what is going to happen to the Jewish remnant at the end of the Tribulation. Here’s how the prophet Malachi put it in Malachi 3:2-4 — “Who can endure the day of His coming? And who can stand when He appears? For He is like a refiner’s fire and like fullers’ soap. And He will sit as a smelter and purifier of silver, and He will purify the sons of Levi and refine them like gold and silver, so that they may present to the Lord offerings in righteousness. Then the offering of Judah and Jerusalem will be pleasing to the Lord, as in the days of old and as in former years.” 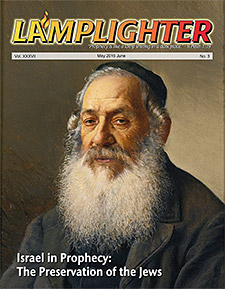 The Wretched Reprobate of Revelation